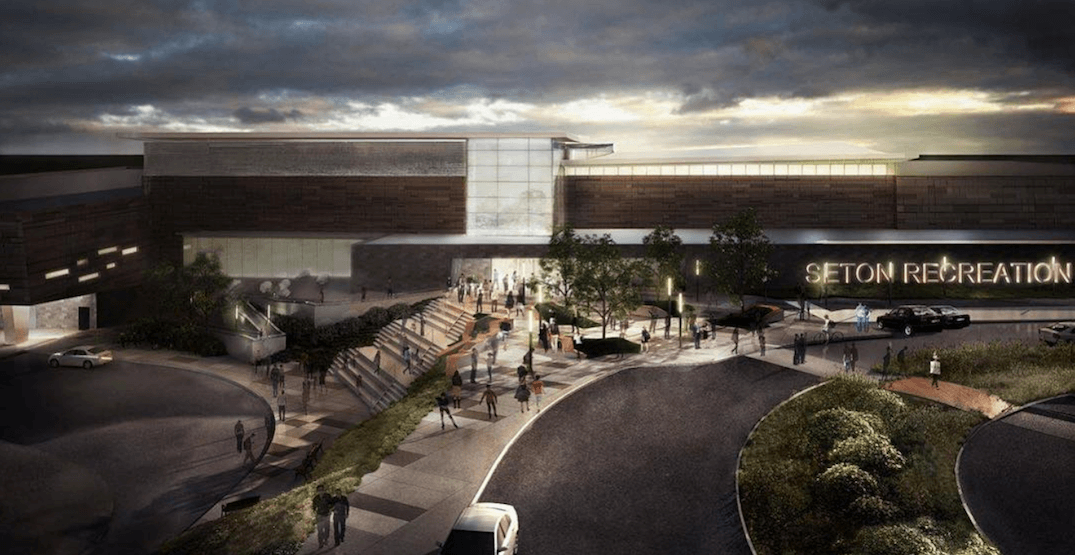 The Brookfield Residential YMCA in Seton is set to open in less than a week, taking the title as the largest YMCA facility in the entire world.

… Which is actually unfortunate for the recently completed Shane Homes YMCA at Rocky Ridge (sitting just 50 km away in northwest Calgary), as it will have only held onto that same title for less than a year by the time the Seton facility opens.

The new Brookfield Residential YMCA steals the designation by quite a bit, as well, as it stands at an astounding 330,000-sq-ft, compared to Rocky Ridge’s 284,000-sq-ft.

Where the soon-to-open building really shines, however, is in the sheer amount of amenities on offer.

Sure, Calgary may have a few ponds to skate on in the winter, but when it comes to playing a true game of puck, there’s no better ice than an NHL-sized rink.

The two rinks will be available for rental from $125 to $250 per hour, so if you pool enough players together, you’re in for the game of a lifetime.

Arts and/or crafts can be completed at the two art-making spaces. Keep in mind that one is designated for “wet” art and activities, and the other for “dry.” Please do not get the two mixed up, or there might be quite the mess on your hands (and the walls, and the floors, and wherever else).

Brookfield Residential YMCA boasts a wide variety of pools, tubs, and water-based fun, including (but not at all limited to) a diver tower, a leisure pool, a 10-lane competition pool, two water slides, two hot tubs, a steam room, and the highly-anticipated Flowrider — a surfing and bodyboard simulator.

Coming to the Y doesn’t necessarily mean you need to bring your workout gear or swim shorts. This one will also hold a 250-seat theatre that will act as a multi-functional performance and rehearsal space.

The YMCA will be home of not one, not two, but three full basketball gymnasiums, which will be used for basketball, volleyball, badminton, and pickleball.

Each gym will have its own scoreboard to make sure everyone knows who the winner is at the end of the “friendly” pick-up games.

No need to head out to the Rocky Mountains to find something fun to climb, because there will be a custom indoor climbing wall with auto-belay systems.

Probably the most  heart-pounding way of getting a sweat going.

This is not a bad place to attempt that New Year’s Resolution.

Outfitted with over 60 pieces of cardio equipment, free weights, cable machines, and basically anything else you’d find at a state-of-the-art workout facility, the fitness centre even includes a westward facing view of the Rocky Mountains.

If hitting the treadmill isn’t quite your style, there’s also a three-lane, 200-metre indoor track that includes an 80-metre sprint straight.

Spinning, yoga, and other cardio classes will be held in the two dedicated fitness studios.

Anyone hoping to curl up around a good book after a swim will be able to do so at the Seton Library, which will be operated by Calgary Public Library.

It may not be quite as big and beautiful as the New Central Library, but it’s definitely going to be newer!

Memberships are already for sale for the soon-to-open YMCA, and can be purchased at the organization’s website.

It should be noted, though, that when the Brookfield YMCA officially opens for business on January 14 it won’t actually be providing pool services — those begin on March 1.

The delay was caused by construction complications, which means that any aquatics programs and rentals will unavailable until the spring session, starting on March 24.