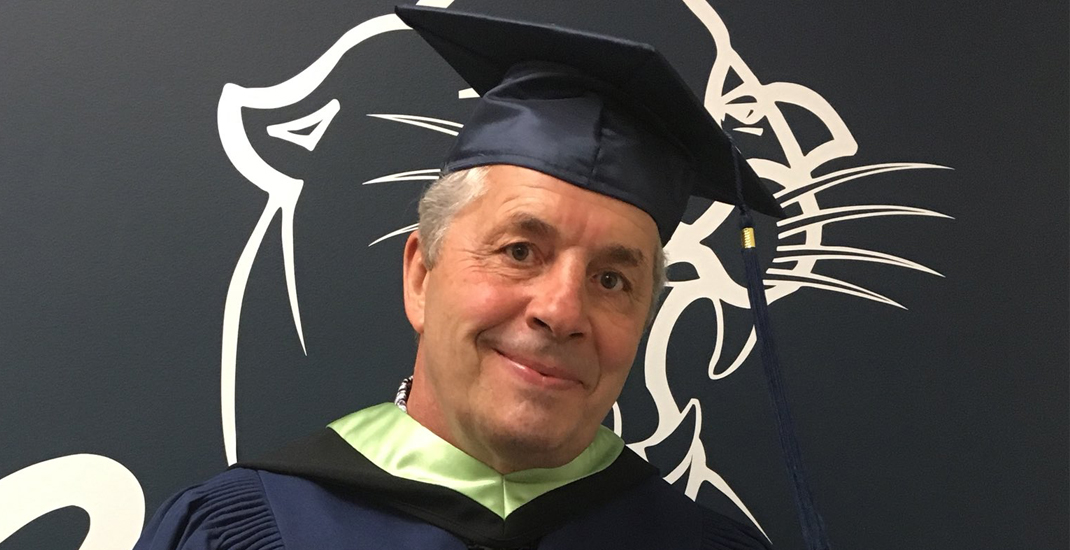 Bret “The Hitman” Hart has a long and storied professional wrestling career, he beat prostate cancer early last year, and now, the Calgary native can add another accomplishment to his already-impressive resume: an honorary degree from Mount Royal University.

Hart was handed a Bachelor of Health and Physical Education – Physical Literacy by the Calgary institution earlier today.

Hart said he originally enrolled at Mount Royal in 1977 to study film.

However, “I ended up taking a different path that allowed me to see the world while representing Calgary and Canada,” he said.

He added that he is “extremely proud” to receive the degree.