New breakthrough research was announced out of the University of Calgary that could be a stepping stone in preventing bone metastasis in breast cancer patients.

Bone metastasis is one of the more debilitating parts of the disease.

“It can lead to painful bone fractures, a significant loss of quality of life, and even death,” said head researcher and associate biological sciences professor Dr. Carrie Shemanko.

“Bone is the most common site of metastasis in women whose cancer has spread from the breast.”

In fact, 85 per cent of breast cancer patients will suffer bone metastasis, which means their bones cells have been disturbed by breast cancer cells. Shemanko and her team discovered prolactin plays a major role in communication between these cells.

A total of 134 patient breast cancer biopsy samples indicated that the prolactin receptor in breast tumours experience bone metastasis earlier than in women with low levels, according to Shemanko.

“What we found is that prolactin stimulates breast cancer cells to release factors that act as a language that is listened to by the bone cells,” she said.

“This cell language instructs them to break down the bone, creating an awful, vicious cycle of bone breakdown and tumour growth in the bone.”

Now that they have a better understanding of how bone metastasis in breast cancer patients operates, Shemanko is in the process of studying how certain drugs could target this bone loss.

She said it paves the way for larger scale studies and more extensive inquiries into the role prolactin plays in breast cancer metastasis. 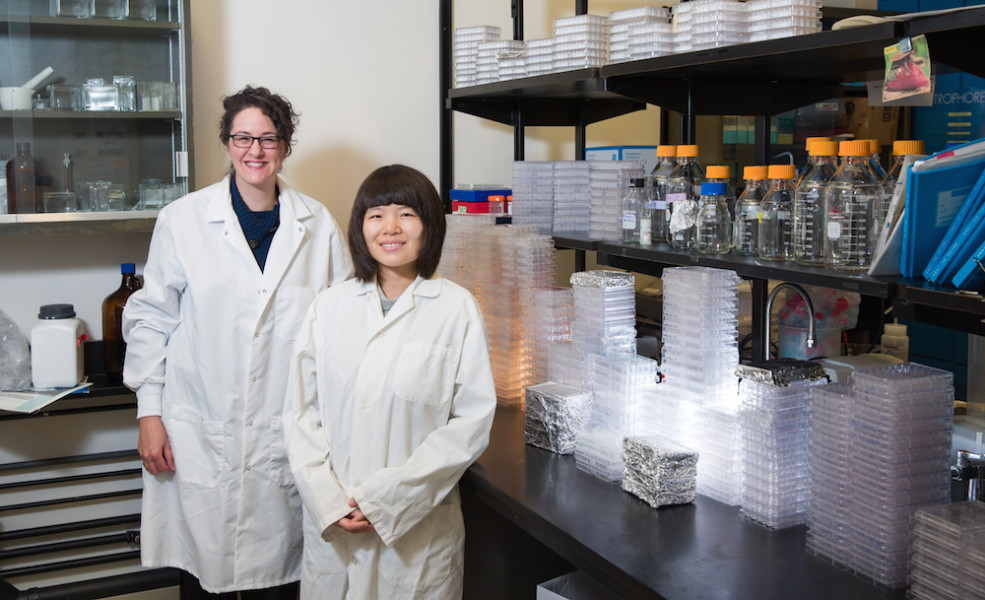