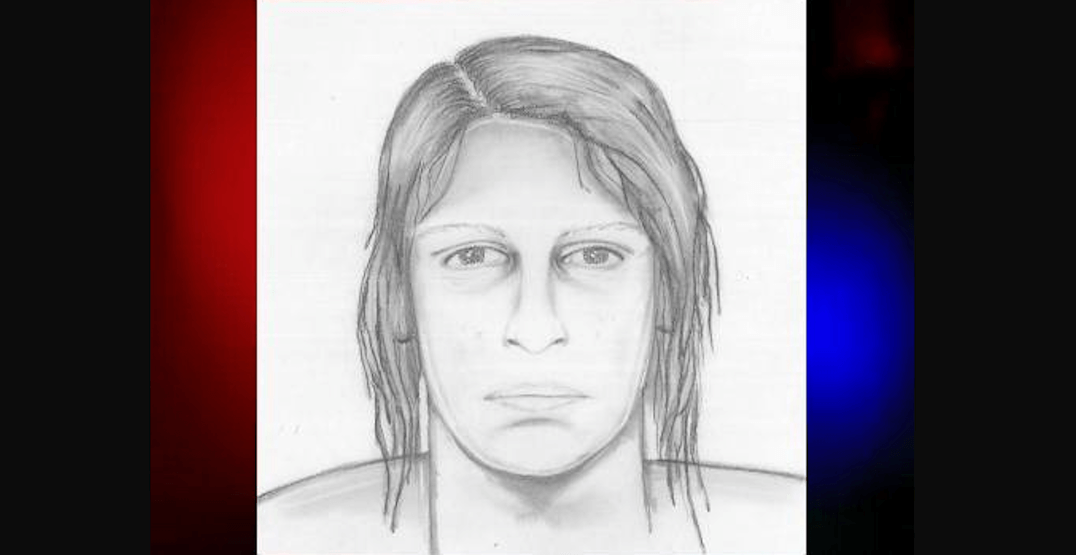 An Airdrie homeowner was attacked and bear sprayed following a home invasion earlier this month.

According to a release from the Airdrie RCMP, a man noticed a suspicious vehicle in his driveway at around 4:45 pm on November 17. As he was speaking to the woman in the driver’s seat, he was attacked by two men with bear spray.

The three suspects then fled the scene, and it was discovered later that property had been stolen from the man’s home.

The victim received minor injuries, and was treated for the effects of bear spray by EMS.

Police are looking for the vehicle, described as “an early 2000’s model grey four door sedan in poor repair with black roof and black steel wheels.”

The female is caucasian, thin, with shoulder length dirty blonde hair, and around 30 years old.

A sketch has been supplied by a police sketch artist working with the victim.

Anyone with information on the suspects or the break in is asked to call the Airdrie RCMP at 403-945-7200, or anonymously by contacting Crime Stoppers by phone at 1-800-222-8477, or through their website.