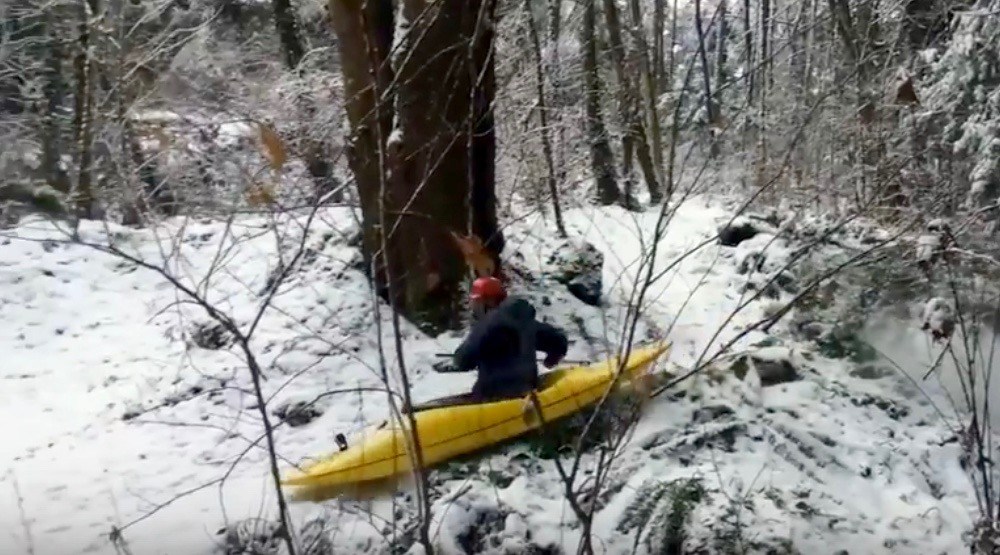 Some people choose to stay inside and pretend winter isn’t happening. Other people head out to brave the weather with their favourite umbrella.

But others still, simply take advantage of what’s given to them and ride it all the way through.

Brad Armstrong is definitely in the latter category.

So it shouldn’t be surprising that when Victoria, BC got their own rare dump of snow, the owner and operator of Kelp Reef Adventures decided to make the most of it… by taking his kayak to the hills of Mount Doug Park, obviously.

The video, originally shot on Monday, February 6, has already been viewed 150,000 times on Facebook. Watch it, and you’ll see why.

Could snow kayaking earn a spot in the winter olympics? Probably not. But that doesn’t mean Armstrong hasn’t convinced us that we want to try it.