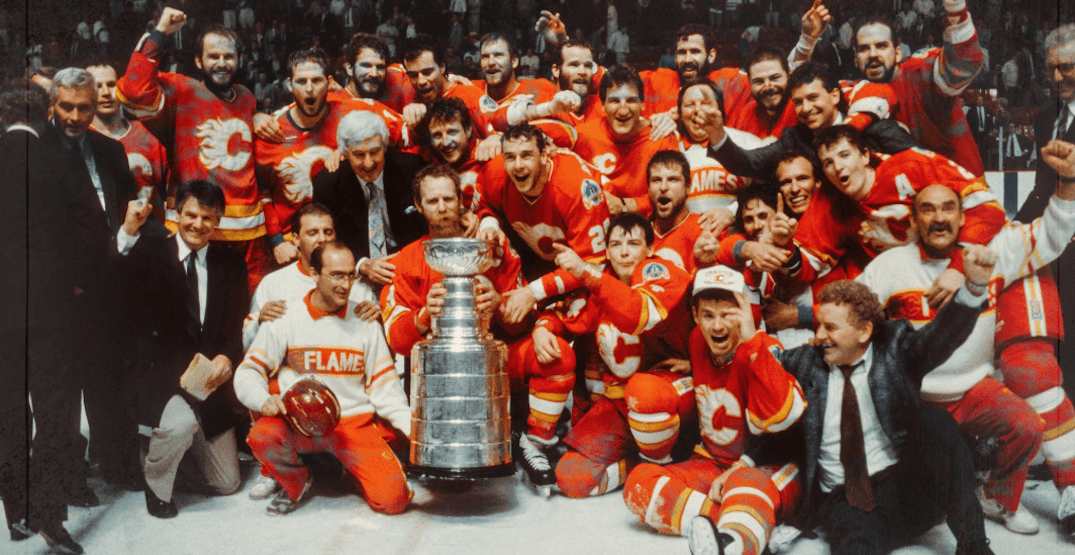 Flames fans have yet another reason to cheer for their team to win in the upcoming NHL playoffs.

While ending a 30-year Stanley Cup drought and taking home the league’s most sought-after hardware is an exciting prospect in and of itself, Boston Pizza has decided to up the ante by pledging to give out thousands of free pizzas during the Stanley Cup parade if the Flames end up winning it all.

The restaurant chain, deemed the official playoff headquarters of the Calgary Flames in a release from Boston Pizza, stated that it will be giving away 25,000 slices of The Great White North pizza to Flames fans as they celebrate the big W.

“Calgary Flames fans have some of the most passionate supporters in the league and they’re hungry for the Cup,” said Jenna Bull, Senior Marketing Manager for Sports Programs at Boston Pizza, in the release.

“As Canada’s #1 Restaurant and Sports Bar, we want to join Flames fans on their playoff journey and ‘Feed the Parade’ if the team brings home the Cup.”

BP locations throughout the city will be airing the upcoming playoff games live, and a full schedule of the Flames’ upcoming seven-game series against the Colorado Avalanche can be found here.