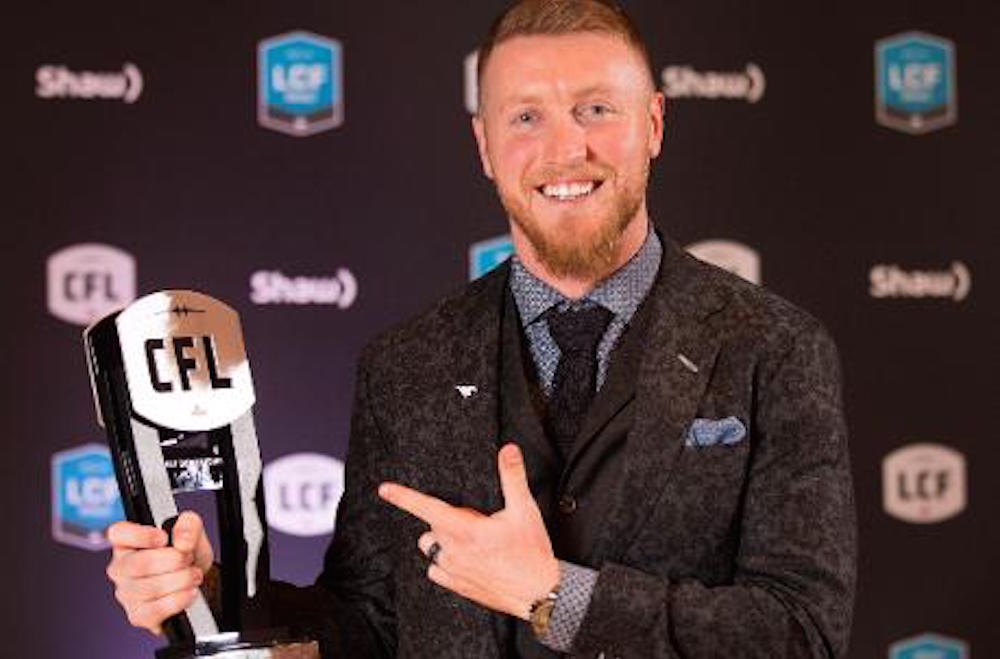 The CFL’s best player on the league’s best team was given the highest honour at the CFL Awards on Thursday, as Calgary Stampeders quarterback Bo Levi Mitchell was unanimously named Most Outstanding Player for 2016.

Mitchell led his team to one of the best records in league history, which included a 16-game unbeaten streak.

Through his first 51 career starts, Mitchell owns the CFL’s highest winning percentage as a starting quarterback with a record of 43-7-1 (.853).

Mitchell is the first Stampeder to win the award since Jon Cornish, who won the award in 2013. He’s the first Calgary quarterback to win MOP since Henry Burris, his counterpart in Sunday’s Grey Cup, who won back in 2010.

It was a great day for the class of the CFL, as the Stampeders took home five of the seven individual awards.

Running back Jerome Messam was named Most Outstanding Canadian after leading the league in rushing with a career-best 1,198 yards on the ground. It’s the second time he has won the award, taking it home for the first time in 2011.

After opening the season on the practice roster, receiver DaVaris Daniels didn’t play his first game until Week 9, but accumulated 885 yards on 51 receptions, with nine touchdowns.

And finally, to the surprise of nobody, Dave Dickenson was named Coach of the Year. The rookie head coach transitioned from offensive coordinator this year, and replaced the irreplaceable John Hufnagel better than anyone could imagine. Under his leadership, the team dominated the league and is a heavy favourite to take home the Grey Cup against Ottawa on Sunday.