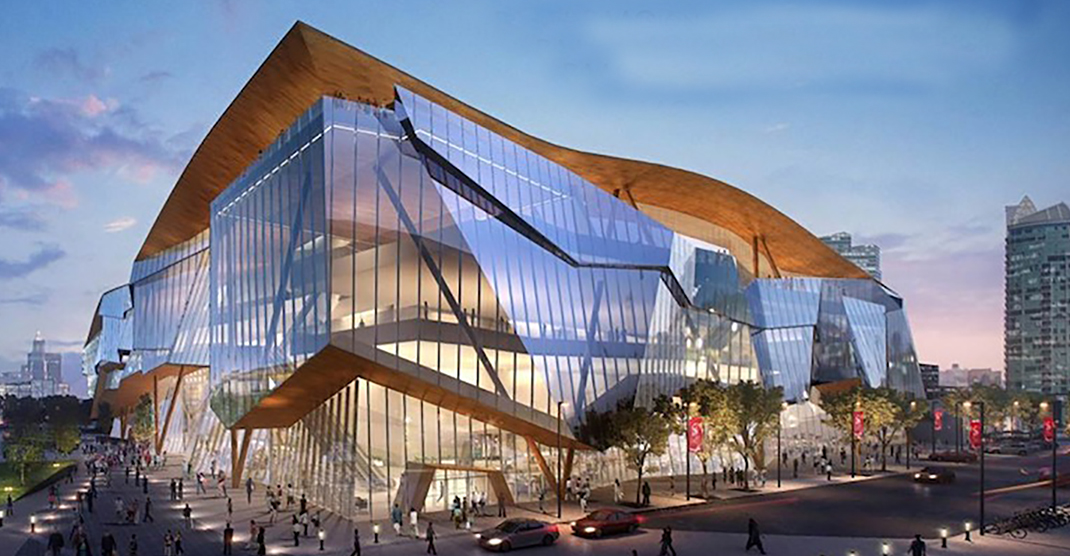 Update: An earlier version of this article stated that S2 Architecture was based in Vancouver. While they have studios in Vancouver and Edmonton, they are based out of Calgary.

One of Calgary’s go-to event venues is getting a serious upgrade.

The BMO Centre expansion was given the official go-ahead from city council last December, and now sights are set on June 2020 for completion of the first phase.

The current 250,000 sq. ft. centre was the topic of extensive discussion prior to official approval, though proponents of turning the building into the second-largest convention centre in Canada eventually won out.

All three levels of government — federal, provincial, and municipal — are each contributing about $166 million to cover the project’s full construction cost.

BMO Centre originally opened in 1982, and pre-construction work in early 2019 on the expansion for a possible full opening in 2024.

The new venue space will be a welcome addition for Stampede organizers, according to Calgary Stampede President and Chairman Dana Peers, in a release.

“Annually, the Stampede hosts more than 1,200 world-class business, tourism, sporting, hospitality and community events. With the expansion of BMO Centre into a Tier 1 conference facility now underway, these numbers and the economic impact will grow dramatically.”

A three-firm project team — comprised of Edmonton-based Stantec Architecture, Kansas City-founded Populous, and Calgary-based S2 Architecture — have been put in charge of designing the expansion project.

The construction process is expected to create a total of 1,862 direct year-round jobs in the province, and when open the facility will create 1,757 direct, full-time jobs.

The Stampede release states that the construction of the expansion alone will generate $497 million in Canada, $402 million of which will stay in Alberta.

The facility is projected to bring an additional $223 million to the province annually once completed.

“The numbers provided by the Conference Board of Canada are a great story for the community. We should all be proud of the ambassadorship we have cultivated together and the tremendous engagement that continues to grow towards our great city,” said Peers in the release.