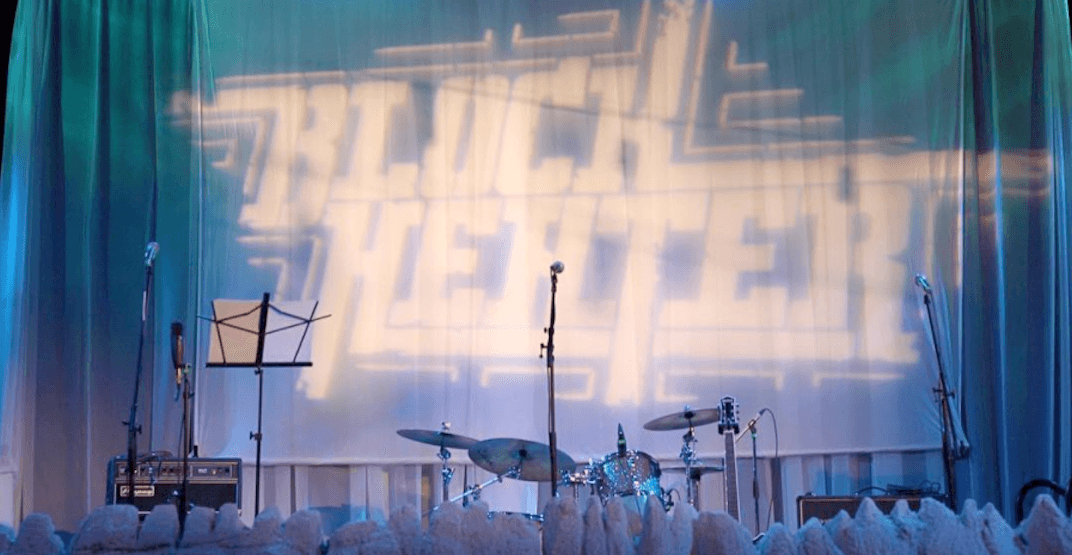 Block Heater winter festival has introduced panel discussions and an AR mural to pair with their impressive virtual concert lineup this February.

New to Block Heater in 2021, CFMF is bringing two digital panel discussions and an augmented reality mural at Festival Hall to round out their offerings.

On February 15 from 7 to 8:30 pm, tune in to “Richard Flohil’s War Stories”, a popular panel in CFMF’s Talk Tent during the summer. In this winter edition, Richard Flohil hosts Block Heater artists Cris Derksen, Lucette, Lorrie Matheson and 100 mile house as they regale us with tales from the road.

Hear “Black Art: A conversation” on February 20 from 3 to 4:30 pm. This wide-ranging conversation is an exploration of black diasporic art, creativity and activism, hosted by Toronto musician and actress Shakura S’Aida.

In addition to the music and panel discussions, be sure to check out the augumented reality-animated window mural at Festival Hall. This has been created as part of Inglewood’s Northern Reflections art tour, in partnership with Chinook Blast.

The exhibit is in honour of Amy Willier, a 38-year-old Cree artist who passed away two weeks ago. “[The loss of Amy has] left a huge hole in Calgary’s heart and community,” says the CFMF. The mural will be painted and animated by local artist Tank Standing Buffalo, with music by Ghostkeeper.

Tickets are “pay-what-you-can” for the online shows and panel discussions this year, in the spirit of keeping the festival accessible to all. The AR mural can be viewed on a smartphone using the free Augle app.

Check out the festival lineup and start building your customized schedule to get ready for the 6th annual Block Heater!