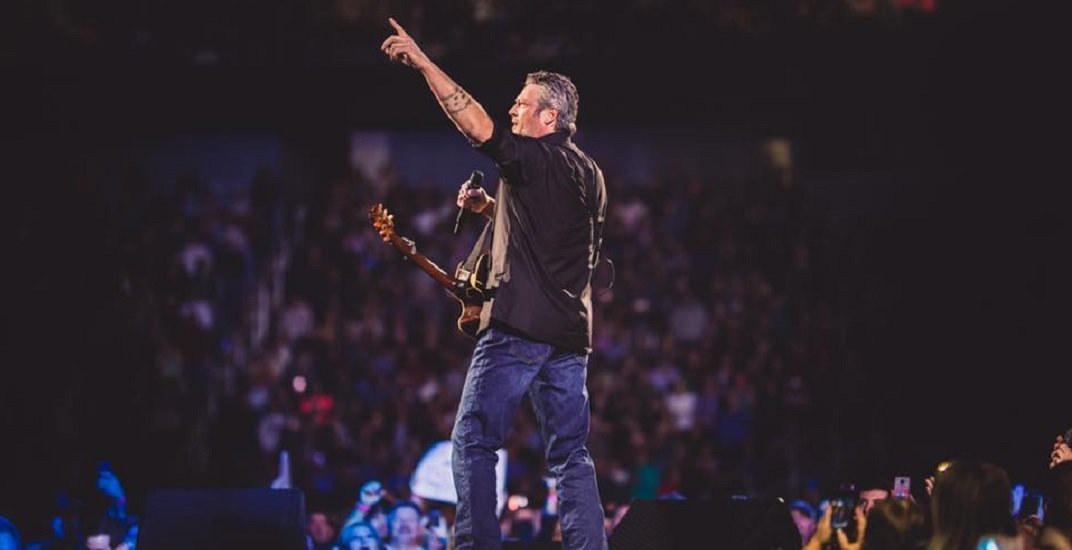 The Calgary Stampede has announced that Blake Shelton will be a headliner during next year’s Virgin Mobile Stampede Concert Series.

The country icon will be performing on Saturday, July 11 — the last Saturday night of the Greatest Outdoor Show on Earth.

“Blake Shelton will be a huge concert on the final Saturday of Stampede,” said Adam Oppenheim, president of Stampede Entertainment Inc, in a release.

“He is an unparalleled entertainer, and his songs are Stampede anthems.  I can think of no better artist to ring in a Calgary Stampede Saturday night.”

Fans who are hoping to grab a pair of tickets before they’re all sold out (and they will sell out) will be able to purchase them right when they go on sale on Ticketmaster at 10 am on Friday, November 15.

Presale begins on Monday, November 11 for those lucky enough to have a code.

Tickets start at $60 each and include admission to the Calgary Stampede on the day of the concert.