It’s the end of the world as we know it…or the end of an era, anyway. After almost 50 years together, English heavy metal gods Black Sabbath are hanging up their touring crucifixes for good.

To celebrate, the boys have embarked on a 60-date farewell tour spanning three continents. Sabbath were forced to cancel their previously scheduled Calgary show due to Ozzy’s bout with tinnitus, but the singer is all healed up and sounds just as good as ever.

The band has also just released an eight song EP called The End which is only available for purchase at their live shows. The disc is comprised of outtakes from their last album 13 and four live tracks from the Black Sabbath Reunion Tour.

The End Tour, which kicked off January 20 and hits the Scotiabank Saddledome tonight, is already making headlines but not for the right reasons. Bassist Geezer Butler said in an interview that Black Sabbath had extended an offer to former drummer Bill Ward to participate in the tour but that he’d refused. Ward refuted that statement, saying he’d reached out to the other members of the group but was told “there was no interest.”

As with their last tour, Tommy Clufetos is filling in for Ward on drums.

A few tickets are still available for tonight’s show here. And for the bargain price of $2,500 US (roughly $1,000,000 Canadian), fans can purchase a VIP package that includes a front row ticket, access to Black Sabbath’s soundcheck and a meet and greet with Ozzy where no questions are off limit (though we recommend that you don’t ask the singer about Bill Ward. Or bats). 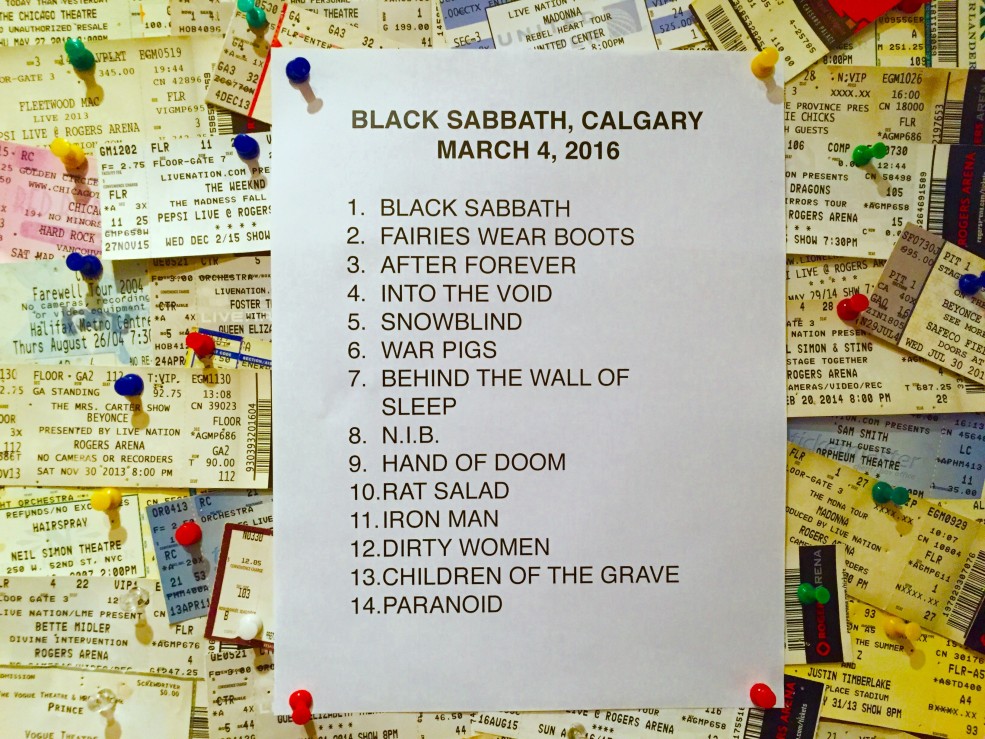