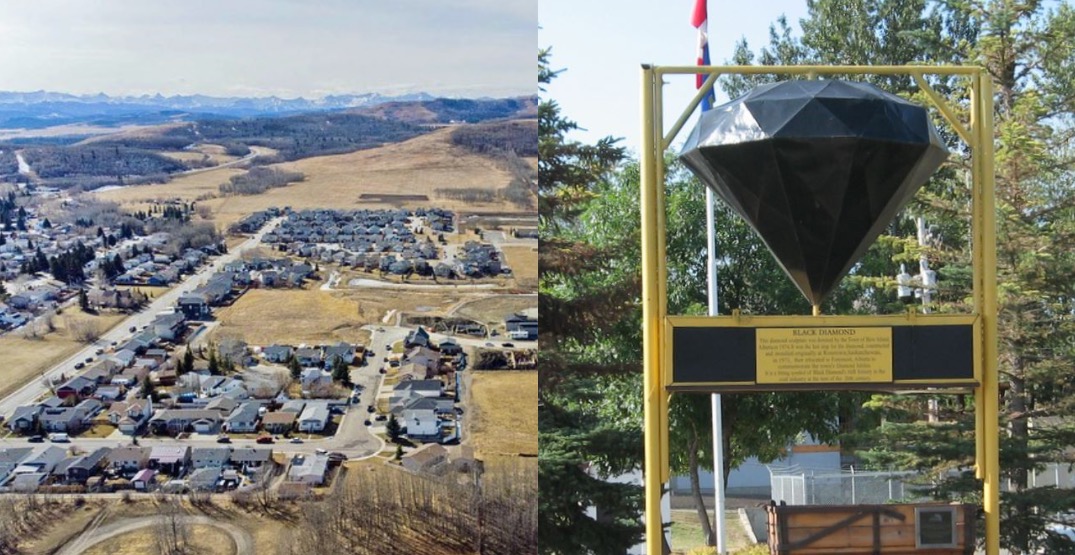 Two towns southwest of Calgary are set to become one in a wicked merger, and its new name is rather fancy.

If you have explored lots of Kananaskis Country, you have likely heard of the towns of Black Diamond and Turner Valley, which are just on the way to parts of K-Country and were incorporated in 1929 and 1930, respectively.

The two towns are now on their way to forming a new town named Diamond Valley, with the new name coming into effect on January 1, 2023.

The name is lowkey dazzling, can you expect to find a bunch of diamonds in the nearby Sheep River that runs by both the towns? We will have to investigate.

Back in February, both of the town councils re-upped their support of the proposed amalgamation, with the original joint amalgamation application being submitted to the province on September 14, 2021.

The new name will join other spots in the province with valley in the title, like High Valley, Drayton Valley, Big Valley, and Rich Valley. Alberta sure does have a few valley spots!