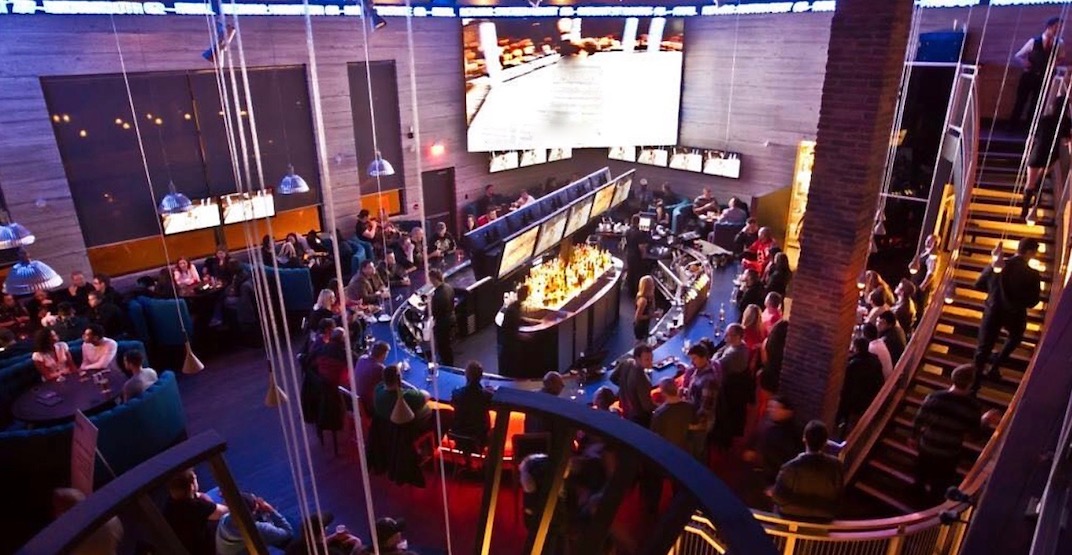 Even though the Canadian men’s national team didn’t qualify for the 2018 FIFA World Cup, us Calgarians still love to watch the tournament along with the rest of the world.

The 2018 FIFA World Cup will take place in Russia from June 14 to July 15, and it’s going to be the biggest sporting event of the summer.

Although the 9-hour time difference between Moscow and Calgary will put most games at ridiculous times on our side of the globe, for you true soccer fans, we have compiled a list of great venues for some early morning soccer action in Calgary.

With over 50 TVs and the largest LED HD screen TV in the city, Shark Club is ready to play loads of the World Cup games with the sound on. They will have daily food features during the games, as well as a game DJ and tons of giveaways.

Jamesons will show most games on their 20 TVs with the sound on, including early morning games of high interests. There will be daily food and drink features, and they will also be doing a daily draw for a soccer jersey. Follow their Facebook page to check game schedules, and you can also fill out a bracket to win a 50” LED TV.

Garage Sports Bar will be showing all the games that start after 11:30 am, on their 17 TVs and two big screens. The sound will be on for those games. They will continue to serve their regular daily food and drink specials, with drinks starting at $4.50 and food at $10.

This sports bar has 40 TVs and two large projector screens, and they will show all the games. Every Wednesday, this place has wings for 39 cents a piece with over 50 flavours for you to choose from. And when you’re not watching the games, you should definitely let out your inner Shakira and sing some Waka Waka with a night of karaoke here.

This location features three 19-foot media walls, 25 screens all around the bar, and 11 TVs on the patio. They normally open at 11 am, but they plan to open early this summer to show the 9 am games. Their happy hour drinks will only cost you $3.99, and they have a long list of craft beers.

As Jamesons’ another location in Brentwood, this place will have similar World Cup promotions as the one on 17th Avenue. They will show all games that start after 11 am on their 26 TVs, and they have a great list of beers. They might also open early for some of the early morning games.

They will be open for the games that start at noon or later, and they might also open early for some early morning games. They offer $3.99 domestic draught and bottles during happy hour, as well as some great daily food specials. While watching the games on their 14 TVs, you can also play an hour of pool for $5.

Atlas Pizza is not just your average pizza place. Not only do they offer 34 kinds of pizza with very generous toppings, they also make great pasta, seafood, and ribs. There are some great weekly and daily specials going on here, and they also have a decent selection of wine, with plenty of TVs to screen the games.

The Barn has TVs facing every direction so that you can catch the games from every corner. The pub is a proud supporter of Alberta breweries, and you can find loads of local beers on tap. They have also just put out a new menu with loads of creations from their chef.

They will show the games that start after 11 am on their 33 TVs with the sound on if preferred. Their happy hour draft beers are $4.65 each, and they offer over 50 flavours for their chicken wings, priced at $8.75 every Wednesday.

They will be showing the games that start after 10 am or 11 am, depending on the day. There is a great list of imported and local beers on tap, and you and your friends should definitely celebrate with their $16 Jägermeister shot ski and $6.75 bomber Heineken bottles.

This sports bar regularly shows NFL, NHL, and Champions League games, and they will be open just in time for the 11 am World Cup games. There are $4.50 drinks during their new summer happy hour, and you can also have some arcade fun, play pool, and try their virtual golf simulation.

This casual bar offers some very juicy burgers and gourmet thin crust pizza. They have 24 TVs and two big screens, and they play all games with the sound on. When you are not watching the games, you should play a round or two on their 20 professional billiard tables.

This spot has some 17″ screens for sports, and their Canadian Buffalo wings are always great. You can catch some games that start after 10 am on the weekend, as well as some late games and re-runs on weekdays.

They have $4 drinks during happy hour as well as $3 finger foods. Also, you should go to their website and play the Craft beer picker — it’s going to tell you which beer you would like the most. And who wouldn’t love an Irish stout or Fruli with vanilla ice-cream?

The Black Swan Ale House opens at 11 am daily, and they are ready to screen the World Cup games on their 20 TVs. The volume will be on, and you can make reservations ahead of the games. Catch some early morning games with their brunch specials — $5 Caesars and $5 chilli dogs anyone?

The Unicorn is a super pub with three floors and three bars. It looks like they will be open for most of the World Cup games that start after 11 am, and their daily specials include $4.50 drinks and $5 tacos. There will be many TV screens and many pints of beers on every floor.

The Ship regularly screens English Premier League games and Champions League games, and this summer, you can also catch some World Cup games here. Their regular hours are 11 am on weekdays and 10 am on the weekend, but they will also open early for quite a few games. They have 30 different beers on tap, as well as good food at great prices.

Pig & Duke will show as many games as possible on their 20 TVs with sound. There are 24 beers on tap, and they also have daily food specials starting at $6. During the World Cup, they will have a beer special featuring four $7 European beers, as well as $5 hotdogs.

Gators have hosted many hockey fans over the years, and they also show other sports on their TVs and projector screens. Happy hour wings are 35 cents a piece, and this place also has one of Calgary’s longest running karaoke shows.