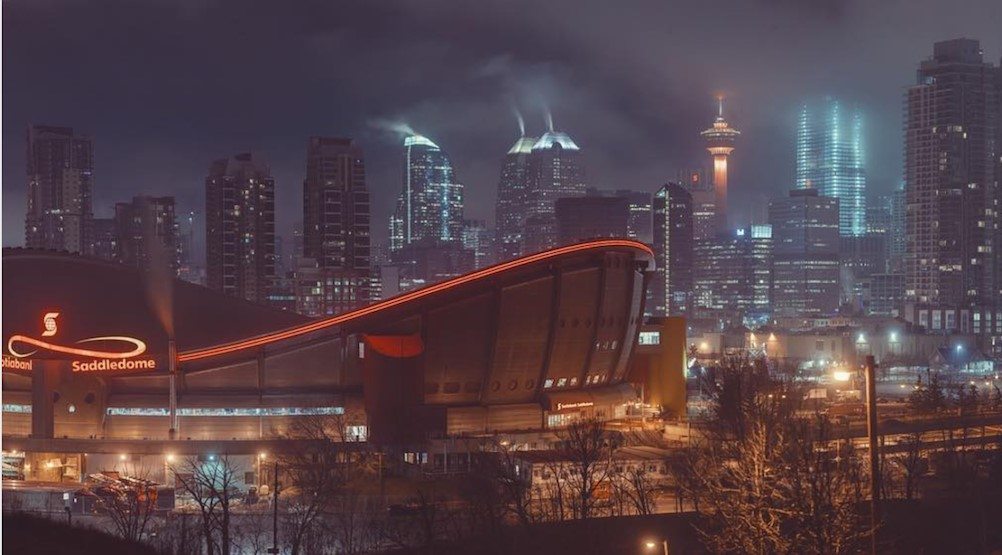 Are you in the mood to check out some of the best viewpoints and lookouts in Calgary so that you can get some pretty incredible photos?

If you are, look no further because we have a list of 12 extremely visually pleasing spots in the city where you can go to work on your Insta game.

Stephen Ave, in general, is a very picturesque place to take photos all year round. Whether it’s on the pedestrian sidewalks or in front of your favourite bar, the photos always seem to turn out beautifully. However, there is something about the galleria trees on Stephen Ave that just scream unique. So, if you’re interested in something different, this spot is definitely for you.

It’s a chilly start to the winter 2017 semester! ❄️☃️ Welcome to all our students back in classes today! Look out for some fun and helpful activities going on around #SAIT campus this week, including @sait.sa’s Polar Jam and the Health Fair on Jan.11. #backtoclass #winter2017 #HeritageHall #firstweekofclasses #welcomeweek

The SAIT campus, arguably, has the best view out of all of the other University or College campuses in Calgary. It’s located so perfectly that you can see most of downtown, and it’s honestly stunning – especially at night. Not to mention, SAIT also has a very old, Hogwarts-looking building on campus that is absolutely beautiful.

The Rundle Ruins are especially intriguing because you get a little bit of history and architecture, while still having a picture-perfect view of Calgary’s downtown. The contrast of the two locations put together makes for a very interesting photo that is definitely worth taking.

Realistically we do live in a beautiful city

A lot like Hillcrest Avenue, you can pretty much see most of Calgary from this viewpoint. However, the great thing about Scotsman’s Hill is that you get the full view of The Saddle Dome. For born and bred Calgarians, this may not be too special… but for someone out of town, it’s definitely interesting to see. Especially around Stampede.

Taking a stroll through Fish Creek is a good idea any day of the year. One of the great things about it is that there are so many places to explore within the park. No matter what, you should always be able to take a photo of something different.

“Wake me when I’m famous” wall outside Voltage Garage

Calgary has plenty of appealing backdrops and graffiti walls, but this particular wall seems to speak out to a lot of photographers and other Calgarians. It’s simply an unusual and different place to take a great photo.

This may make me fairly basic, but I’m blissfully so. 👐🏼

Granted, the Peace Bridge is very well known among many Calgarians as a great place to take some pictures in Calgary. Nonetheless, it just can’t be left off of the list. There are many different angles and spots you can incorporate the Peace Bridge into your photos, so don’t be afraid to try something new!

Are you making warm weather plans yet? Photo by @eleven.8 via @leonard.miguel #capturecalgary #explorealberta #explorecanada

This scenic spot is one that, in my opinion, has the ultimate view of Calgary. You can literally see everything, and it’s absolutely stunning no matter the season. You can set up your tripod and sit back on one of the provided benches while watching the sunrise or the sunset, that’s up to you.

Prince’s Island Park is another popular spot in Calgary. You can do a variety of things in the park, but taking photos is at the top of that list. Whether you’re focusing on the trees, the river, or any of the other scenic spots, you’re photos are guaranteed to turn out.

Big Rock Erratic (off of highway 7)

At the end of the ice age, as the glaciers and ice sheet retreated, they left behind their hitchhikers. This is the largest single such ‘glacial erratic’

Okay so I admit that this one isn’t actually in Calgary. I figure that it’s close enough though. This spot is very fascinating and the pictures don’t do it justice. The big rock is shockingly huge, and it makes for a really awesome location to take photographs.