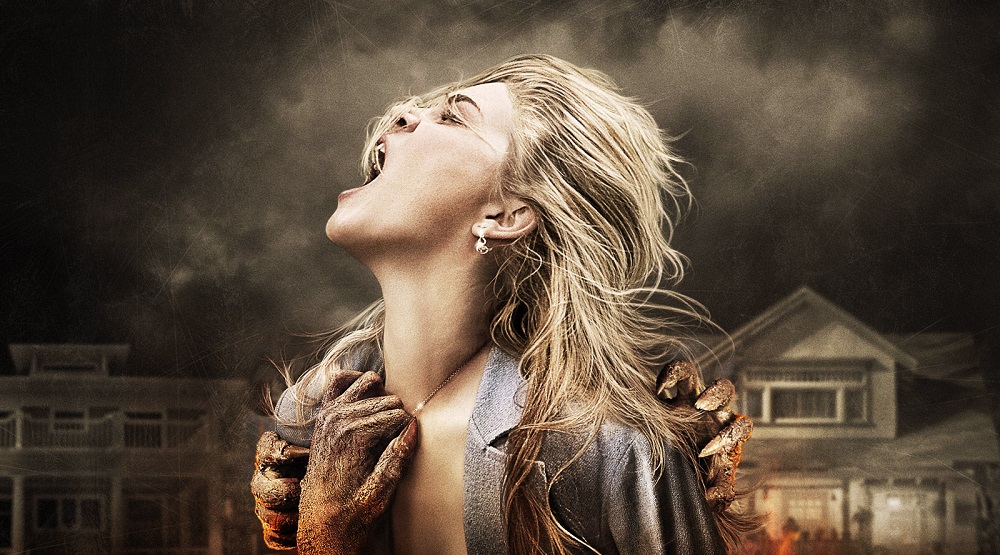 Nothing says October like some scary movies. As Halloween fast approaches we thought it would be fun to examine some of the horror genre’s often overlooked cinematic titles.

Whether you’re in the mood for demonic possession, ferociously furry aliens, or a good ol’ fashioned haunted house, there’s something for everyone to enjoy. So fire up the Netflix queue, check out the bargain DVD bin at your local retailer, or dust off that ancient VHS collection in your parent’s garage.

Here, in chronological order for your viewing pleasure, are eight essential cult horror classics to get you plenty spooked for the end of the month.

Widely considered the granddaddy of all cult horror films, The Exorcist is still just as shocking today as it was when first released way back in 1973. FOX recently developed a TV series based on the franchise – which includes two sequels and two prequels – but the original is what started it all.

Based on the novel by William Peter Blatty, the story follows the demonic possession of a young girl and two priests who attempt to save her. The film was highly controversial for its graphic imagery and offensive language. Despite a limited initial theatrical release, The Exorcist was eventually a box office smash, garnered 10 Academy Award nominations, and became an influential pop culture sensation.

One of the best psychological horror flicks of the 1980s is actually a little-known Canadian production filmed mainly in Vancouver and Victoria. The late, great George C. Scott plays a composer who moves into a creepy mansion to find some inspiration but winds up waking up the ghost of a dead child.

The screenplay was apparently inspired by mysterious events that occurred in a Colorado house in the 1960s. Much of The Changeling’s effectiveness is hinged on its meticulous tension-building and the plot’s unfolding mystery. The film won eight Genie Awards, including ‘Best Canadian Film’.

It wouldn’t be Halloween without a good ol’ fashioned creature feature. Critters opened in 1986 and would inspire three sequels, the third of which – 1991’s Critters 3 – marked Leonardo DiCaprio’s big screen debut. Critters blends elements of horror, science-fiction, and even some comedy.

The flick is about a group of small, furry and ferocious aliens that terrorize a rural Kansas town. The creatures are pursued by two shape-shifting bounty hunters, one of whom assumes the identity of a rock star named Johnny Steele. It all makes for a deliciously cheesy good time!

Spooky space is the setting for this underappreciated science-fiction horror thriller. The movie, set in 2047, follows a rescue crew investigating a spaceship that disappeared into a black hole and has now returned – with something sinister aboard.

Iconic director Sam Raimi may be best known for his Evil Dead series and the original Spider-Man trilogy but one of his forgotten gems is this supernatural spook-fest from 2009. Alison Lohman plays a loan officer, struggling to impress her boss, who denies a woman’s mortgage extension application. This proves to be a bad move as the woman turns out to be a gypsy who invokes a demonic curse on her!

Raimi actually wrote the movie with his brother, Ivan, years before working on Spider-Man.  The movie is genuinely creepy, features a standout performance from Lohman, and contains numerous signature gross-out gags; plus it has an ending that can’t be beat.

Sometimes horror and comedy blend together beautifully. Case in point, the delightful Tucker & Dale vs. Evil. Brampton-born Tyler Labine and the incomparable Alan Tudyk portray likeable hillbillies on vacation at their rundown cabin in the woods. The pair is mistaken for killers by a group of clueless college students.

The movie was shot in Calgary and post-production took place in BC. The lighthearted genre mix perfectly combines traditional gore elements with solid humour and even contains a bit of heart thanks to a well-crafted script and convincing performances.

Another must-see mashup is Drew Goddard’s sensational The Cabin in the Woods. Five friends travel to a remote cabin only to discover they’re part of a vast conspiracy and experiment run by two technicians working in an underground facility.

Chris Hemsworth leads the cast along with Kristen Connolly, Jesse Williams, Richard Jenkins, and Bradley Whitford. Produced and co-written by Joss Whedon, the flick cleverly satirizes the genre with a very meta plot. The movie was shot in Vancouver and boasts some pretty impressive special/visual effects and prosthetic work.

This supremely disturbing film (made in 2013 but released in North America in 2014) may have passed you by in the theatres but it’s worth revisiting, mainly for Scarlett Johansson’s mesmerizing performance. She plays an otherworldly being, disguised as a beautiful woman, who preys on unsuspecting men in Scotland.

Many characters were played by non-actors and numerous scenes were unscripted conversations captured with hidden cameras to give them a realistic feel. Under the Skin was a box office failure but received critical acclaim and is often cited as one of the best films of the decade. Be warned though, it’s not for everyone.