Calgary played host to Western Canada’s largest beer festival this month with the Calgary International Beer Festival. With over 500 different beers available to choose from, it can be a challenge to find those standout craft beers. Breweries were pouring everything from ultra light lagers, speciality casks, fruit beers and down to the deep bourbon aged porters.

The best part about these types of festivals is brewers get to experiment with their tried and true formulas, and if they turn out to be a hit, there is a chance some of these limited runs can turn into wider releases down the line.

With so many options, it was a difficult task, but we managed to narrow down the field to six of the “must try” beers coming out of the Calgary International Beer Festival. 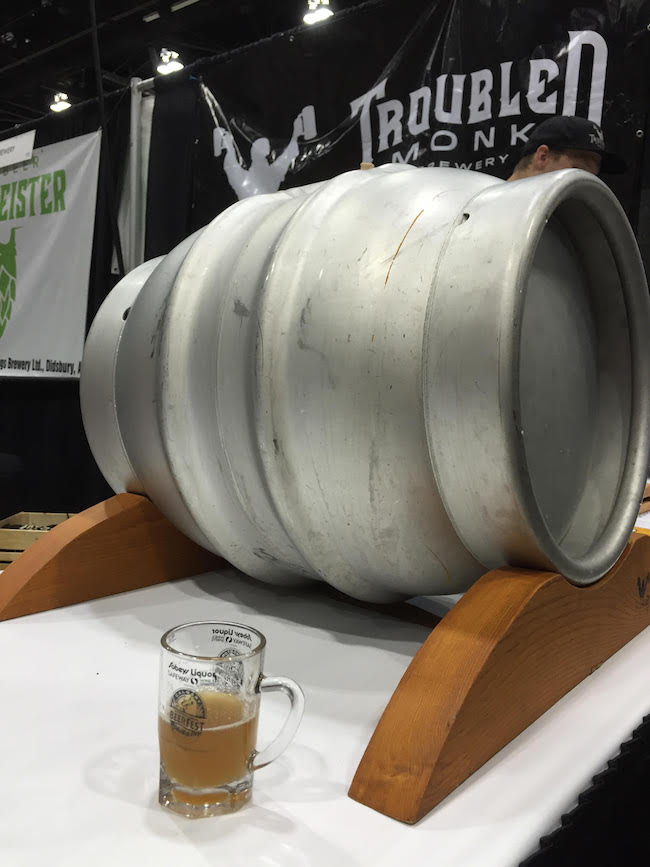 Coming out of Red Deer, Troubled Monk brought a twist on their traditional Pesky Pig Pale Ale by barrel aging it in Tequila barrels. It was light and sweet with a hint of pineapple, notes of resin and an agave finish.

Bench Creek brewing out of Yellowhead County was pouring a unique Tooth and Nail English IPA cask, which had notes of banana, sticky whitebread mouthfeel, and a candy finish. While this one isn’t available outside of this limited cask run, there’s a chance Bench Creek decides to offer this later down the line.

Calgary’s very own Big Rock Brewing, came out strong with two very different, but equally as interesting beers: the Mosaic Lager and the Bourbon Barrel Aged Porter. The Mosaic Lager comes from the Vancouver operation, but was so well received it has been added as a regular addition to the line-up. It is a very well done light, crisp lager with just enough grapefruit and citrus to stand it apart.

Meanwhile the limited run Bourbon Barrel Aged Porter is an entirely different beast. Pouring at 10.5% ABV, It has a fantastic balance of bourbon, oak, and and slight smoke aftertaste.

Also from Calgary, Dandy Brewing was pouring a fantastic Raspberry Hibiscus Gose. While not for everyone, this beer was a great example of a well-done Gose (just the right saltiness) with some tartness from the raspberry and hibiscus additions. Hopefully Dandy brings this back into rotation soon.

The great thing about beer festivals as big and diverse as this one is that everyone&#39;s experience is a completely different adventure. These beers represent some of our favourite releases at the festival, but chances are many other gems were found among the 500 unique options. If you didn’t get a chance to experience the fun in Calgary, The next ABF beer festival is the Edmonton Craft Beer festival on June 3 and 4, 2016. Tickets can be found online.