Calgary’s new regional park, Bend in the Bow, is a long-term project planned for the community of Inglewood.

Included in the project are the Inglewood Bird Sanctuary, Inglewood Wildlands, Colonel Walker House, Pearce Estate Park and other adjacent and joining lands.

Bend in the Bow is a regional park–since Calgary started along the Bow River,  the area is rich in culture and natural history.

“Bend in the Bow will be a park that tells stories: stories about our city’s beginning, our impact on the land and how our culture was shaped by our environment. It’s a park that shows how we are ultimately responsible for the health of our environment.”

The guiding values of the park are Culture, Nature, and Education.

Themed pathways and trails for the park are:

Each pathway and trail have proposed elements to them allowing the fostering of stores for all visitors that come by such as the River’s Edge natural play area or the Homestead Trail’s sawmill picnic structure and artifact.

Currently, the project is in the early stages of its development and is seeking public input.

According to a Bend in the Bow City of Calgary concept board, the project will be discussed in two phases; Phase 1, Inglewood Bird Sanctuary and Inglewood Wildlands and, in the future, Phase 2 Pearce Estate Park and Surrounding area. 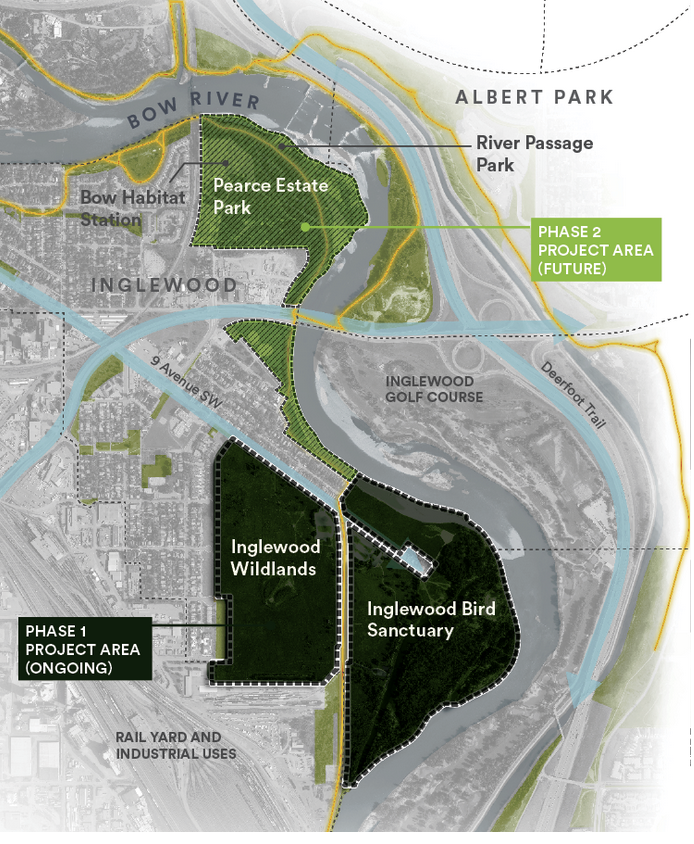 The City of Calgary is asking Calgarians for their feedback on the park’s development. If you would like to put your two cents in about the upcoming plan for Inglewood click here.