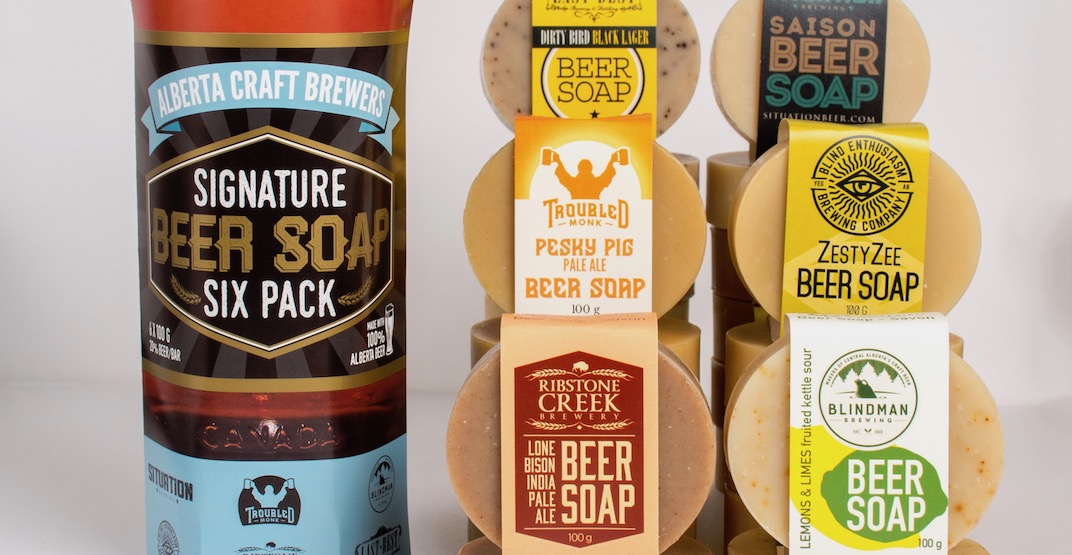 We’ve all probably had a cheeky shower beer in our lives, but there’s now a creation that takes that indulgence to a whole new level: craft beer soap.

The six-pack consists of unique all-natural vegan soaps from notable breweries located around the province:

Made from 50% olive oil and 20% beer, these soaps will officially be released on June 1 at the Edmonton Beer Festival at the Edmonton Expo Centre, but they’ll also be available online for $44.95.