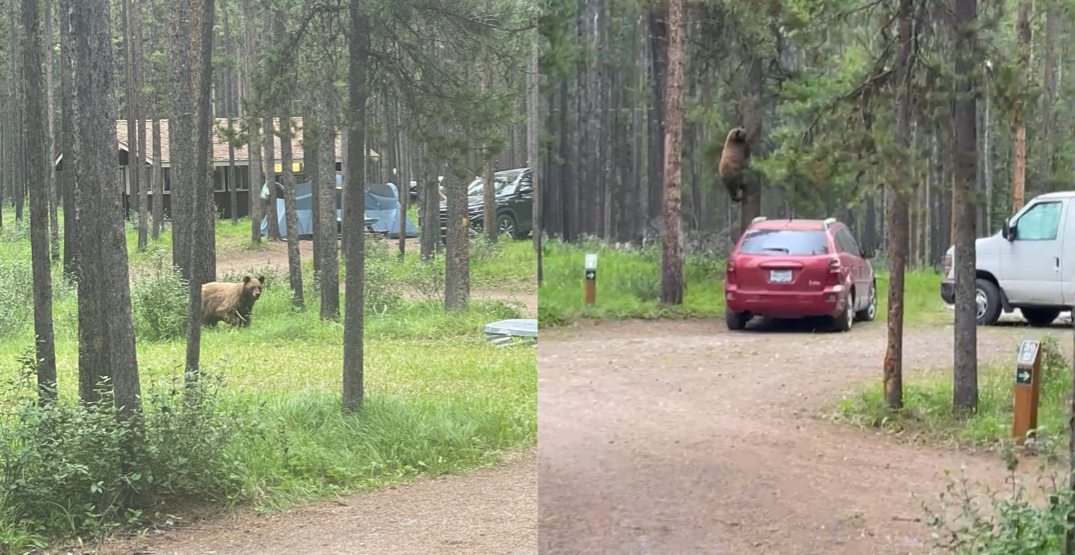 A cinnamon bear was caught on camera roaming through a popular campground near Banff early Sunday morning.

The video, which was shot at Two Jack Main Campground, shows the bear climbing up in a tree after being scared by a large dog in a campsite at the campground.

Just a bear being frightened by a dog/strolling through the campground I was in this morning #Banff pic.twitter.com/VB4uLYyHlI

Parks Canada staff had warned campers staying in the area that a cinnamon-coloured bear had recently been seen in the campground. 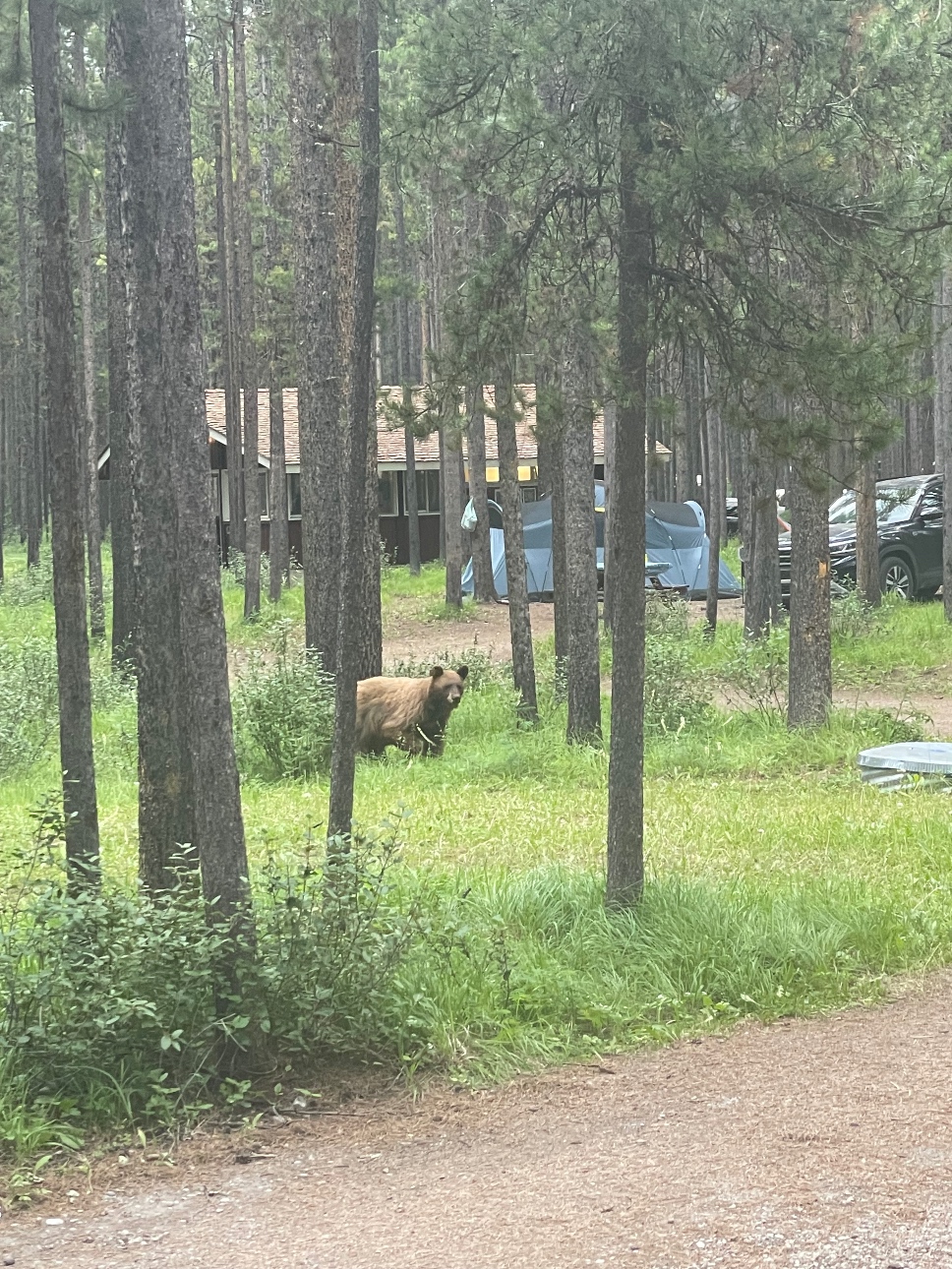