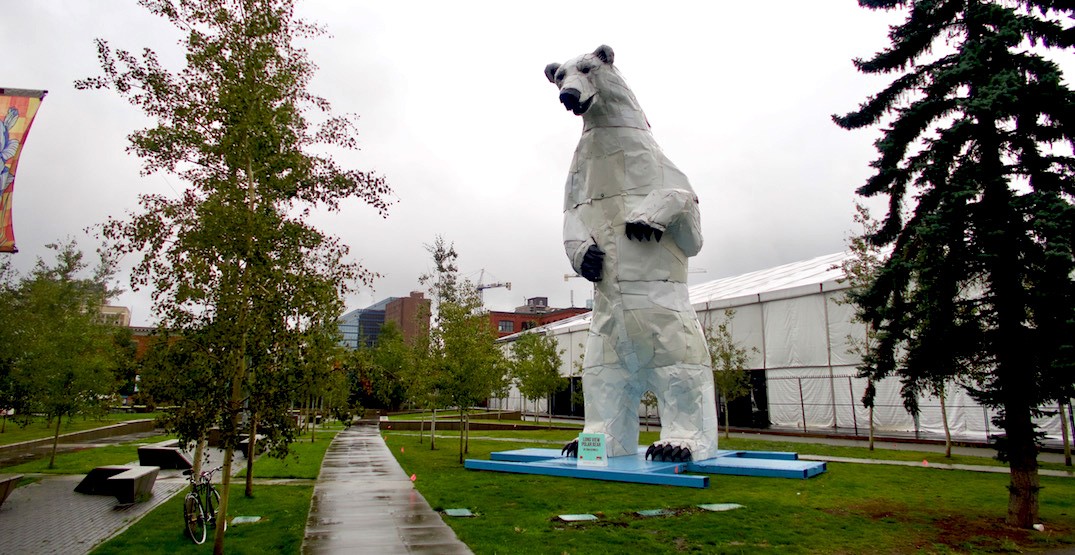 A giant, 35-foot polar bear is prowling the grounds of Enoch Park.

No, a jailbreak hasn’t been perfectly executed at the Calgary Zoo; the gigantic bear is the work of DKLA Design’s owners Don Kennell and Lisa Alder, who created a polar bear sculpture out of car hoods for this year’s Beakerhead.

While the ever-popular festival that celebrates the merging of science and art isn’t technically starting until September 18, organizers have decided to unveil a few “Beacons” beforehand, allowing Calgarians and visitors alike the chance to see some of this year’s biggest displays.

The sculpture, officially titled the Long View Polar Bear, will be hanging out at Victoria Park’s Enoch Park from September 10 to 15, at which time it will be moved to its designated place on Prince’s Island Park for the Beakerhead festivities. 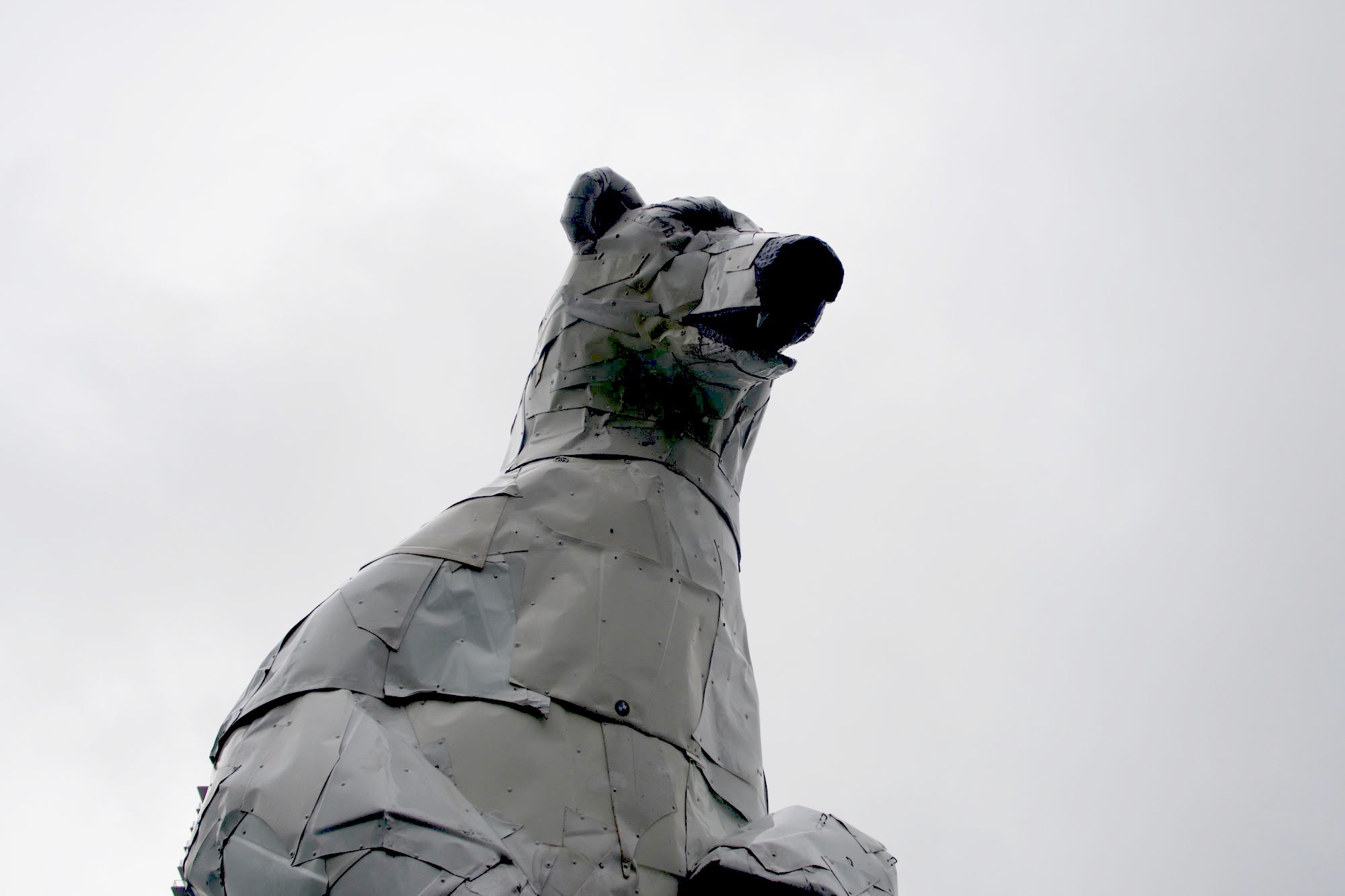 “We love her, and we worked really hard to get her here,” said Dare Maurik, Beakerhead Operations Manager, in an interview with Daily Hive.

“It’s kind of a calling card of Beakerhead to have Instagramable moments, and we think she’s definitely one of them.”

Many Calgarians flocked to Enoch Park during Beakerhead 2018 to get a photo in front of the Victoria Park House, which was covered in balloons for a past art installation.

“We’re happy to be back at Enoch Park this year,” said Maurik, “last year we had the Dreams Never Die house and this year we have the Long View Polar Bear.”

This marks the third year that Enoch Park has been an important site for Beakerhead. 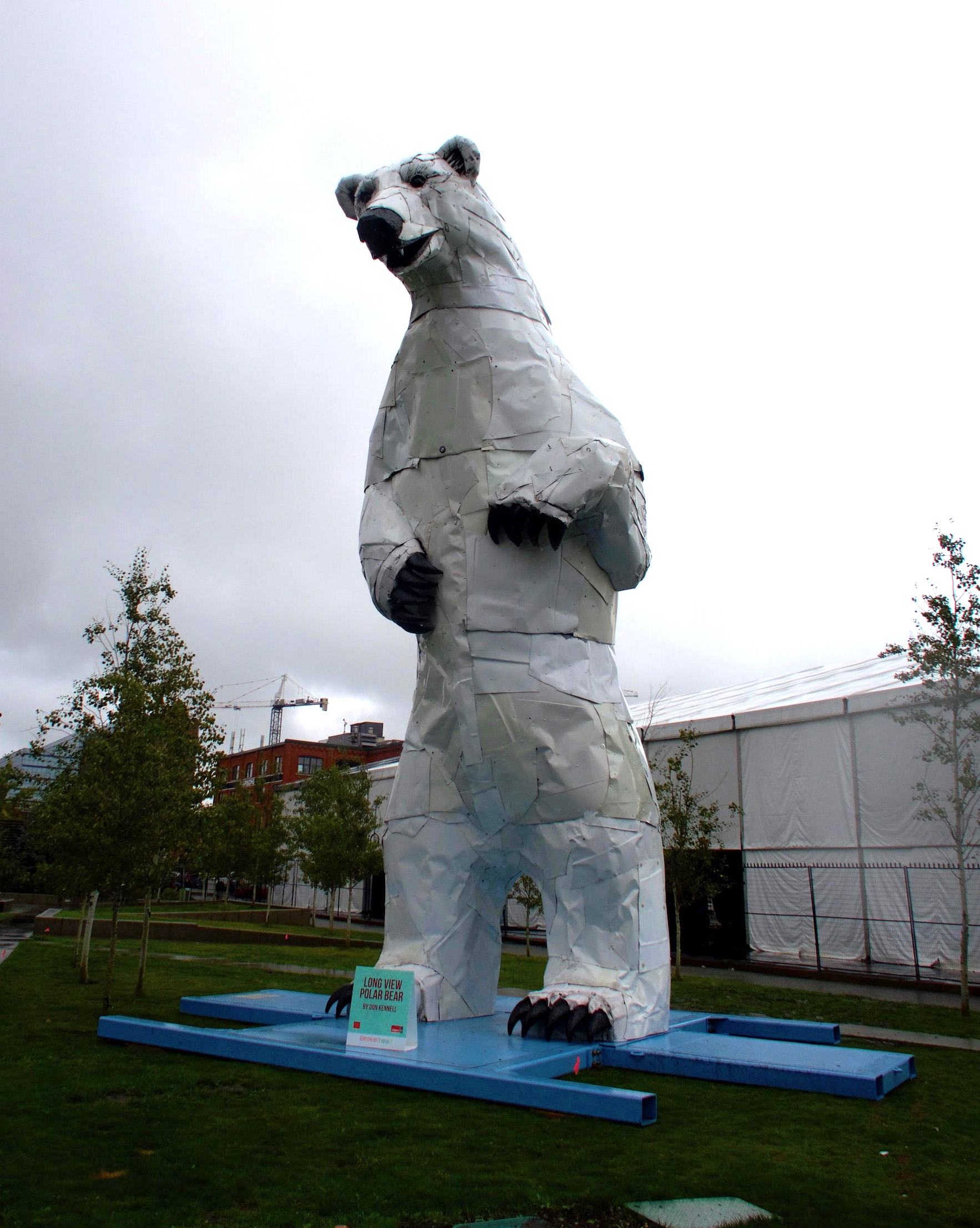 “CMLC is excited to be partnering with Beakerhead as the home to the Long View Polar Bear,’ said Joanna Pesta, Manager, Programming and Events for the Calgary Municipal Land Corporation, in a release.

“Beakerhead has been a great community partner over the past six years and this is our third annual installation in Enoch Park – bringing a sense of playful discovery into the community for residents and passersby to enjoy.” 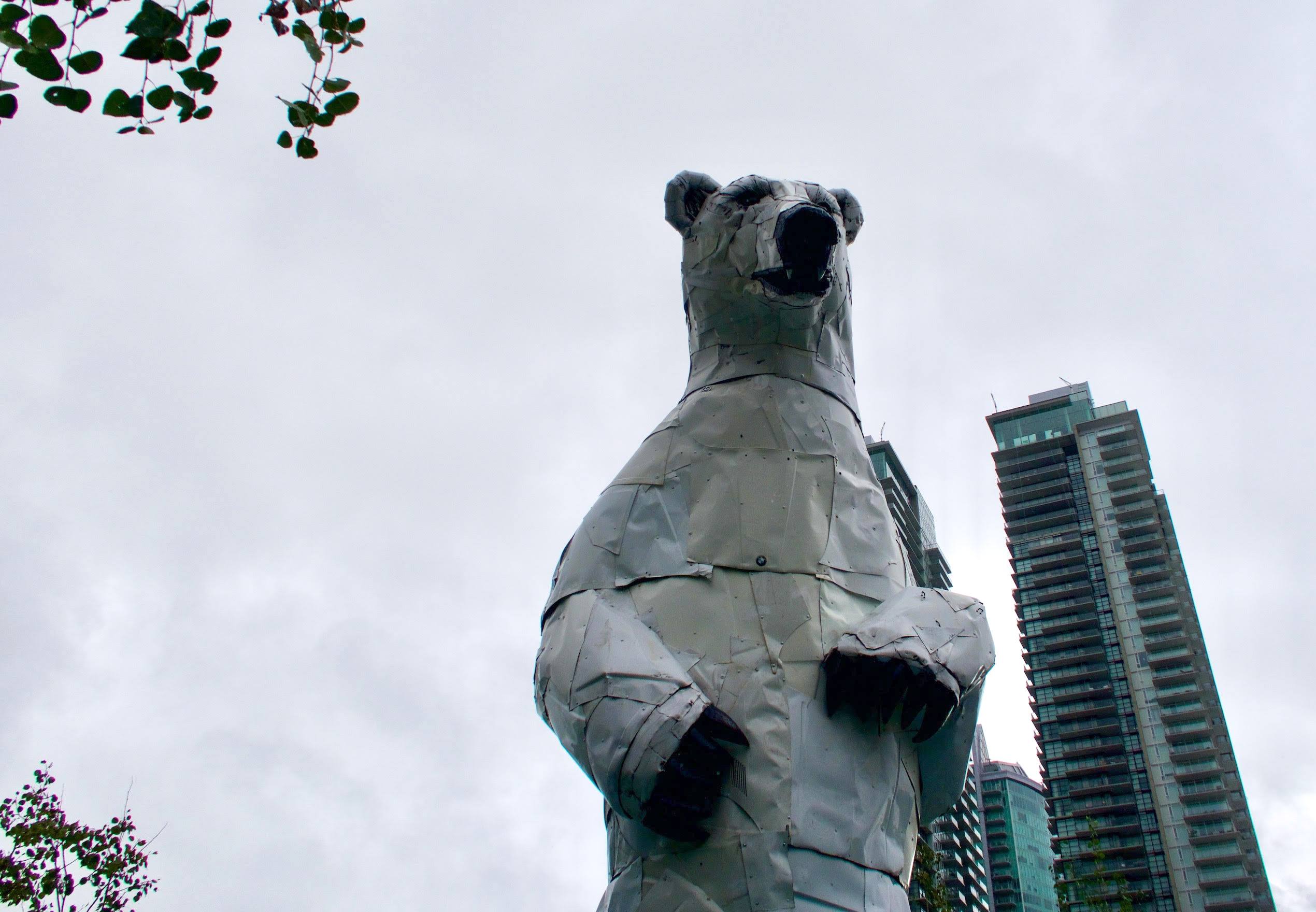 The material used to create the Long View Polar Bear, ie. old car parts, was chosen to show the connection between humankind’s carbon footprint and how it impacts habitat loss for many of Earth’s animals.

“It acts as an ambassador representing the impact of global warming,” the release states. 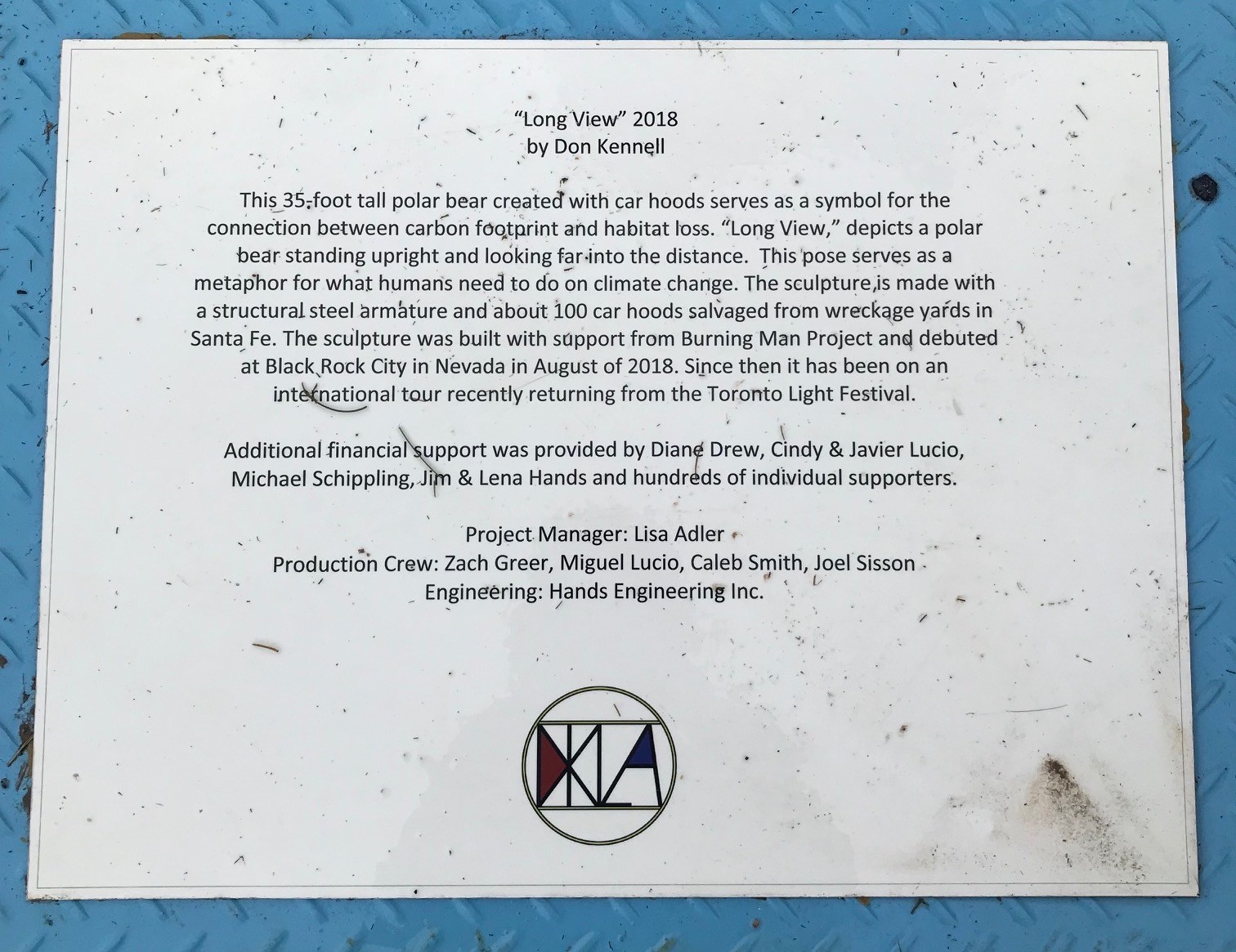