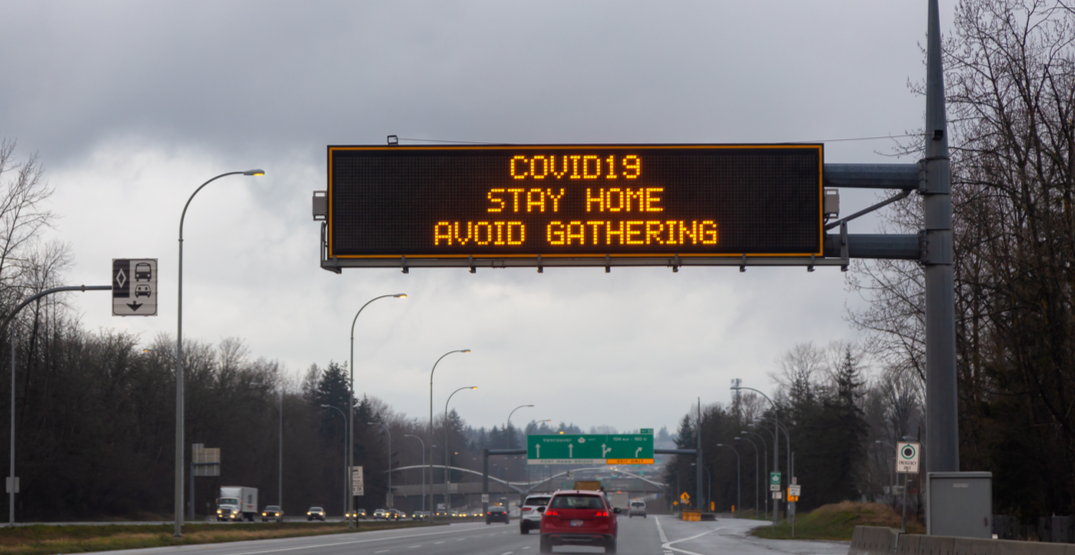 When it comes to rules and guidelines around COVID-19, British Columbians and Albertans are among the worst at fully following them. And involving planning spring break activities, Albertans look to be the worst potential offenders.

A recent study from Insights West surveyed how well Canadians are following COVID-19 protocols, and whether or not they were planning on bending the rules when spring break comes around. The survey is based on an online study that was conducted between January 3 and 7 and included 1,614 Canadians.

Just under half of Canadians (48%) are following their provincial guidelines and restrictions — the remainder breaks them in one way or another. It was also found that less than a 10th of the country follows the rules “most of the time” and 7% of respondents claim they only follow the rules “some of the time, rarely, or never.”

“BC residents are the least likely to feel that they are following all of the rules and regulations all of the time relative to residents in other provinces in the country,” says Insights West.

The study found that just over one-third (34%) of British Columbians claim to follow the rules all of the time, which was notably lower than other provinces. 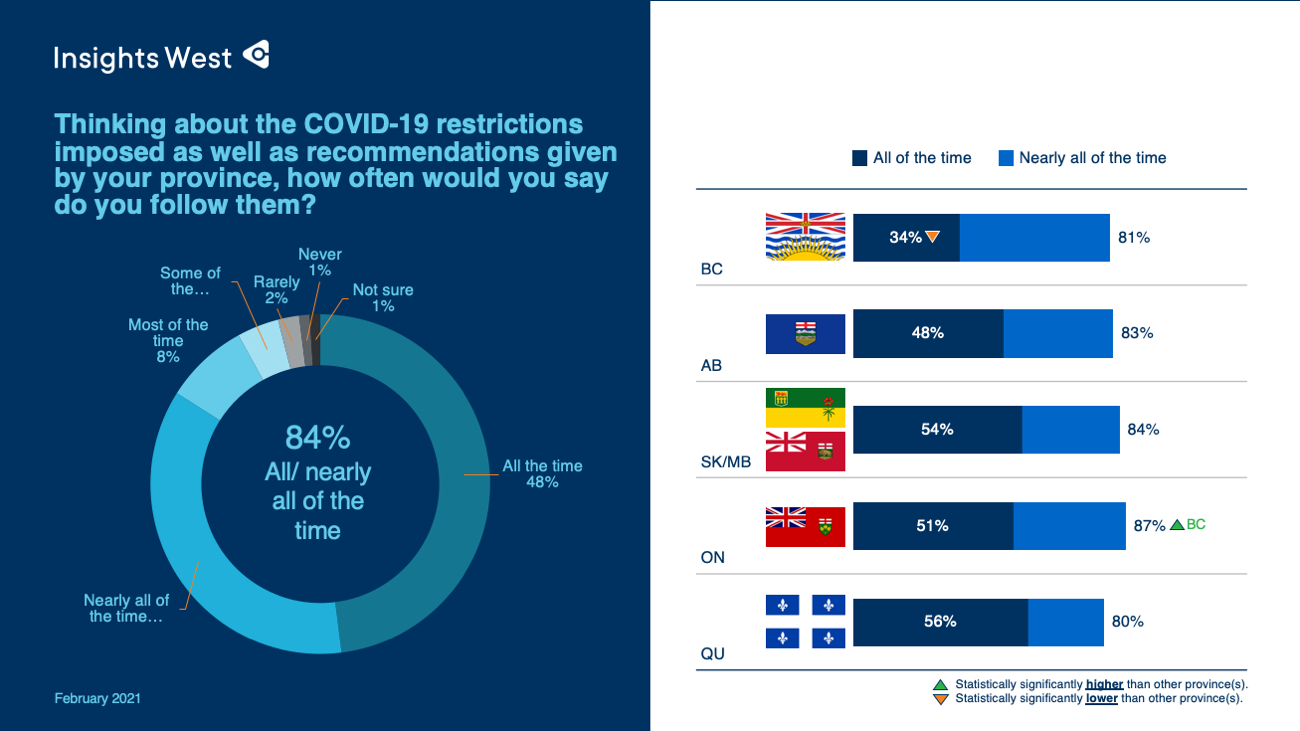 Insights West also says that “a significant number of Canadians are planning some activities on spring break that run counter to the COVID-19 restrictions and guidelines set by their province.”

Activities being planned include indoor visits with other family members and friends outside of their immediate household, driving to a vacation destination, or staying at a hotel or their vacation property.

Close to one-in-five Canadians are also considering flying to visit family within their province (19%), flying for a vacation within Canada (18%) or flying to a destination outside of the country (16%).

When looking at the age groups of Canadians that are considering breaking the rules, that amount was substantially higher among 18- to 34-year-olds compared to any other age range.

Albertans were found to be the “worst offenders when it comes to rule-breaking plans,” while British Columbians were the least likely among other Canadians to take a flight of any kind.

The study also compiled a number of potential reasons for why some Canadians aren’t following rules and regulations consistently. Four-in-ten (39%) feel they can “break the rules occasionally” because their bubble is small and they “still feel like they’re doing the right thing.”

Over one-third (36%) also feel they can visit outside of their household because their bubbles are small. Additionally, one-third (32%) say that they break the rules occasionally “in order to stay happy and mentally healthy,” while almost three-in-10 (30%) are simply “tired of all the rules and recommendations.” 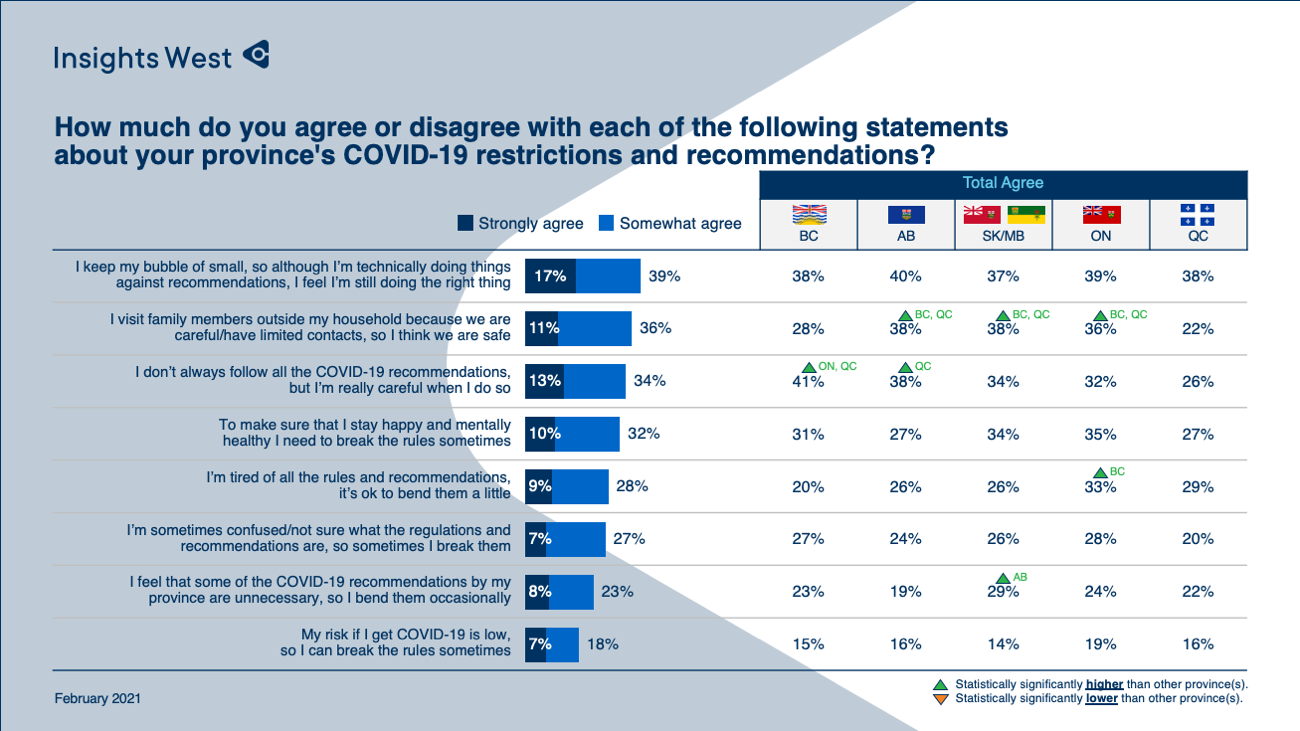 Steve Mossop, president of Insights West, says that the significant number of Canadians planning to break the rules around Spring break is “likely the reason for the slow decline” in COVID-19 cases.

“What is interesting is the wide number of reasons Canadians give in justifying their rule-breaking behaviour. When it comes down to it, less than half of us are serious about following all of the rules, and that is problematic if we want to see a faster decline of the numbers.”