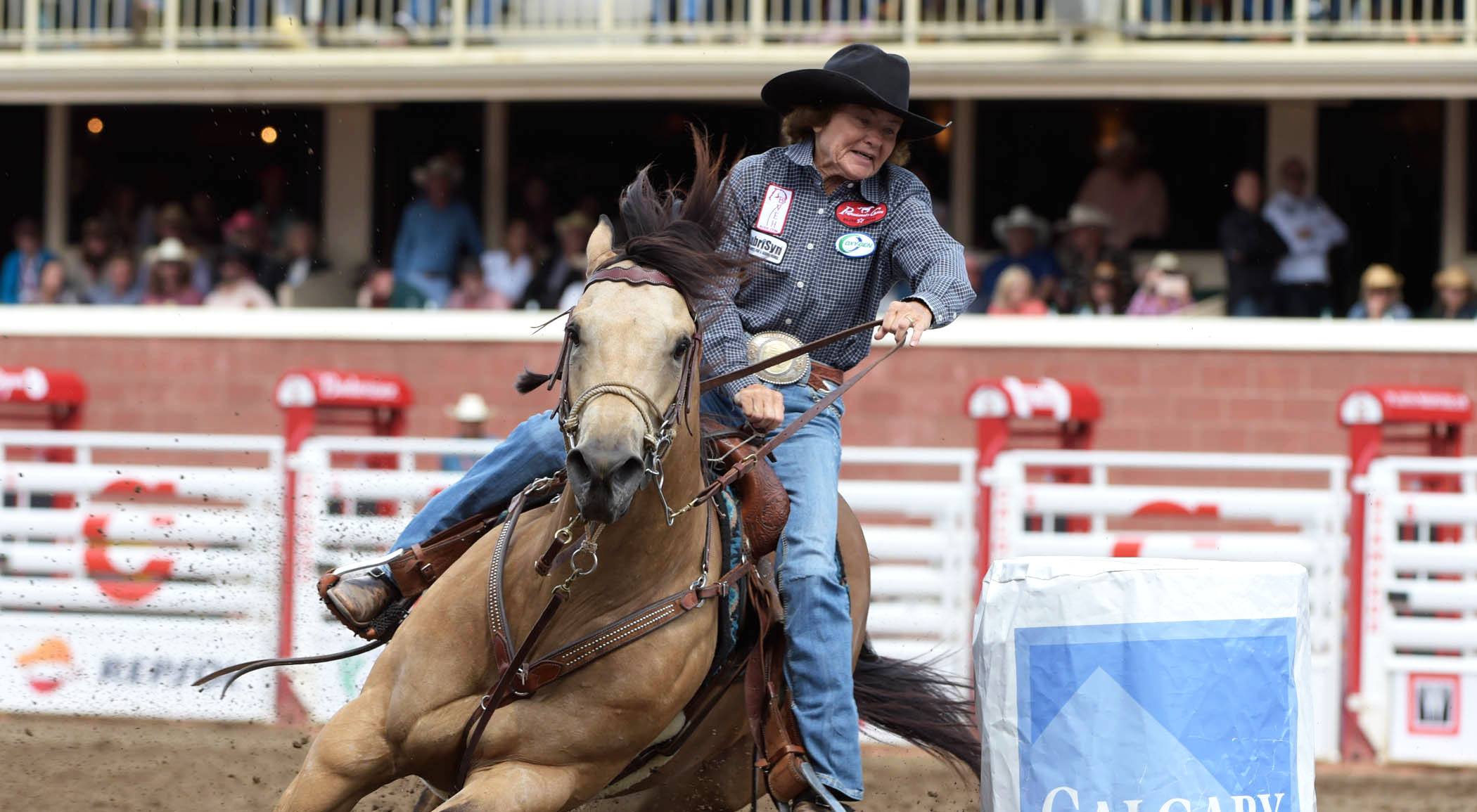 A 67-year-old woman is heading for the Calgary Stampede barrel racing finals, after winning four straight rounds and clocking up $22,000 of prize money.

“It’s unreal. It’s just top of the world!” said the Oklahoma cowgirl – and world champion – in a statement. “I just wanted to do well for me and my horse, and the crowd.”

Mary Burger set her fastest time in the fourth round, taking just under 18 seconds to circle three barrels in a cloverleaf pattern and race back across the scoreline.

“I knew the crowd was up for it… I’ve never been in such an enthusiastic crowd as this,” said Burger.

“It kind of geared me just a little bit more, like ‘Oh boy, let’s go.’ I just wanted to get in there and do it.”

Burger will compete in the finals on Sunday.