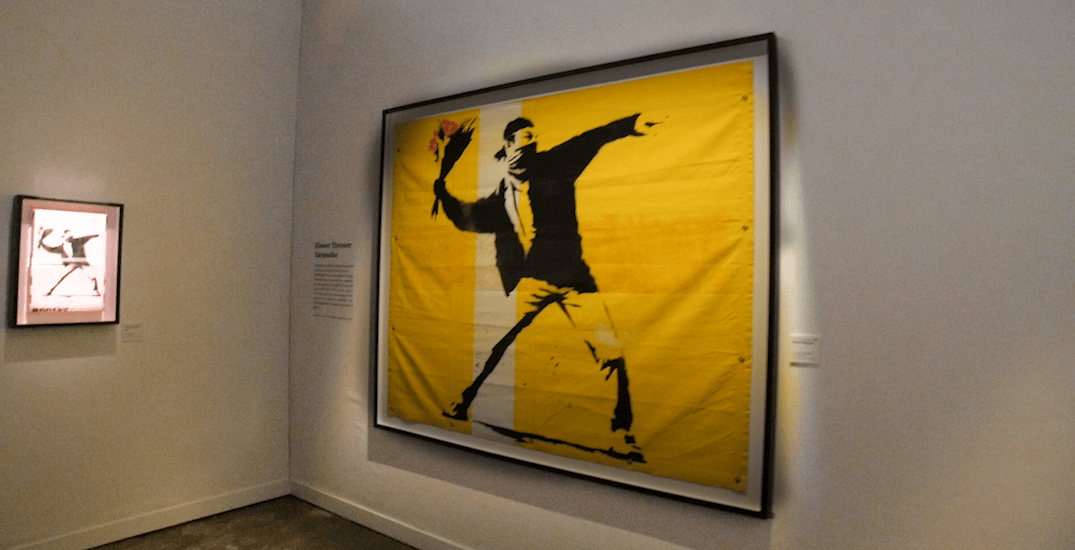 A piece from the newly opened Banksy exhibit has been stolen.

According to Toronto Police, a Banksy print was removed from The Art of Banksy exhibit, which is in the Dundas Street West and Bloor Street area.

The piece is Banksy’s Trolley Hunter print, which is worth $45,000.

The massive exhibit is curated by Steve Lazarides, Banksy’s former manager, and officially kicked off in Toronto on Wednesday, displaying the largest collection of the artist’s works.

Organizers advertised the exhibit saying it has with over 80 original pieces valued at $35 million, making it the largest Banksy exhibit ever assembled.

The exhibit includes the famous painting known as “Girl and Balloon” and the controversial work “Laugh Now” – a witty graffiti piece that depicts a monkey with a sign hanging from his neck with the words, “laugh now, but one day we’ll be in charge.”

Police say there is currently an on-going investigation.