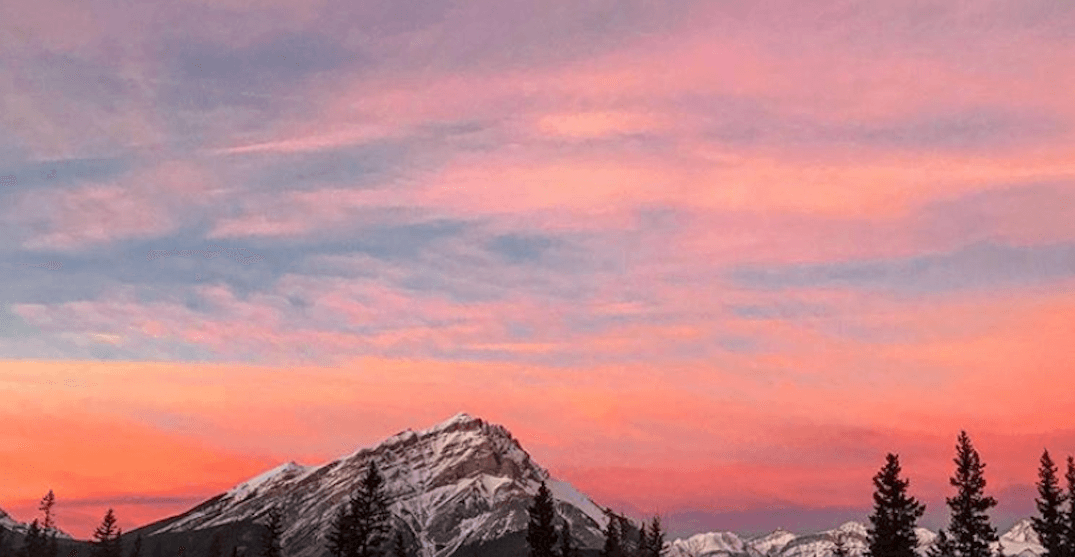 There’s just something about the way the light of a setting sun catches on the mountains, creating a magical effect only seen in the most beautiful of places.

That pinkish light you’re thinking of? That’s actually called “Alpenglow” and the Banff Gondola is throwing a festival to celebrate the phenomena this month.

According to the Banff Gondola’s website, the light is seen right after the sun has set, when the mountains in the opposite direction are crowned with a reddish glow.

Alpenglow is followed by a “Blue Hour” when the ski hill becomes shades of indigo before leading into “Starlight” — the perfect time for stargazing.

If you’re hoping to catch any (or all) of these beautiful events in action, your best bet is to head up the Banff Gondola and partake in their Alpenglow Festival on a weekend this month.

From February 15 to April 13, the festival invites photographers, star-gazers, and sunset chasers alike up to the top of Sulphur Mountain for a view of Alberta’s most beautiful skies.

The events run from 4 to 8 pm on the observation deck, where attendees will be able to enjoy special cocktails, smores, and live entertainment during the natural light show.

Tickets to the magical night can be booked in advance by heading to the Banff Gondola’s website and purchasing tickets for $58 online, $64 at the gate, or $49 admission after 5 pm.

When: Fridays and Saturdays from February 15 to April 13