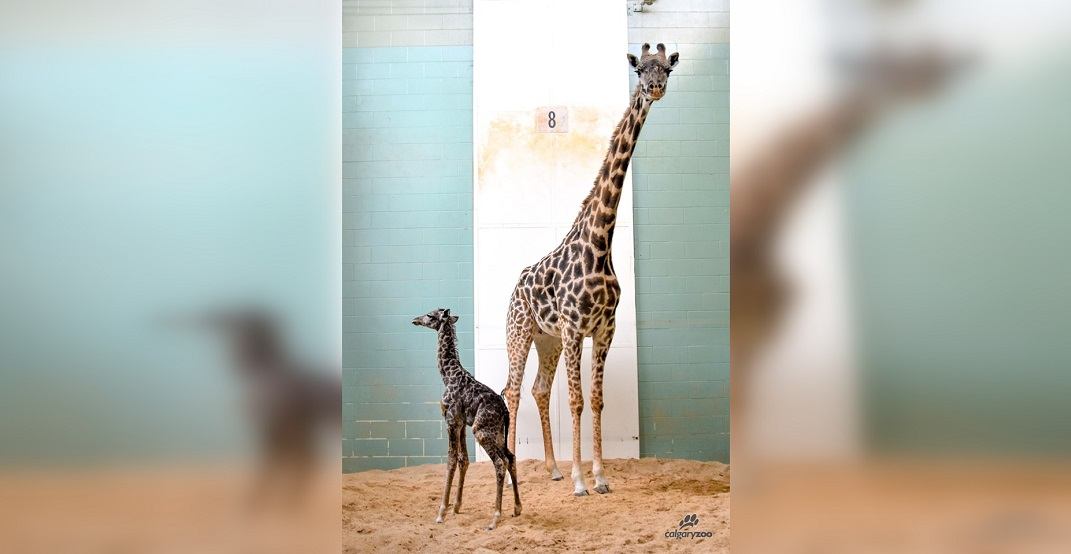 The Calgary Zoo has just welcomed a brand new resident.

Emara, an eight-year-old giraffe, gave birth to a baby giraffe on Sunday, according to a recent post by the Calgary Zoo.

Over recent years, Emara has had two late-term miscarriages as well as a calf that was born ill who died within 48 hours, a release from the Calgary Zoo states.

“Pregnancy issues in giraffes are rare, so we have been working with specialists and zoos across North America to help Emara successfully become a mom this time,” said Dr. Doug Whiteside, the senior staff veterinarian for the Calgary Zoo, in the release.

To help Emara along with her most recent pregnancy, the zoo decided to put her on progesterone supplements after it was discovered that her progesterone levels had been declining as her pregnancy progressed.

“We’re thrilled to announce that our beloved eight-year-old Masai giraffe became a mother on Sunday after our amazing Animal Care and Veterinary teams helped her overcome pregnancy challenges that she’s faced in the past.”

The calf was born a little smaller than expected, the Facebook post reads, though the zoo is hopeful that the animal will become stronger over the coming days.

According to the Calgary Zoo, the progesterone given to Emara marked the first time they had been used in an attempt to help a pregnant giraffe, though it is sometimes used in humans and domestic animals, and was once used successfully on a rhino. 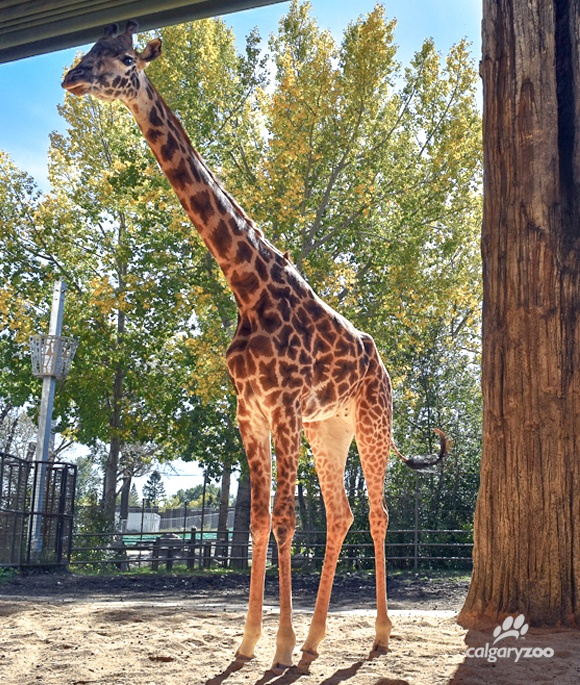 According to an earlier release from the zoo, Masai giraffes such as Emara are classified as endangered, as wild giraffe populations have gone down by over 40% over the past 30 years as a result of illegal hunting, civil unrest, and habitat loss.