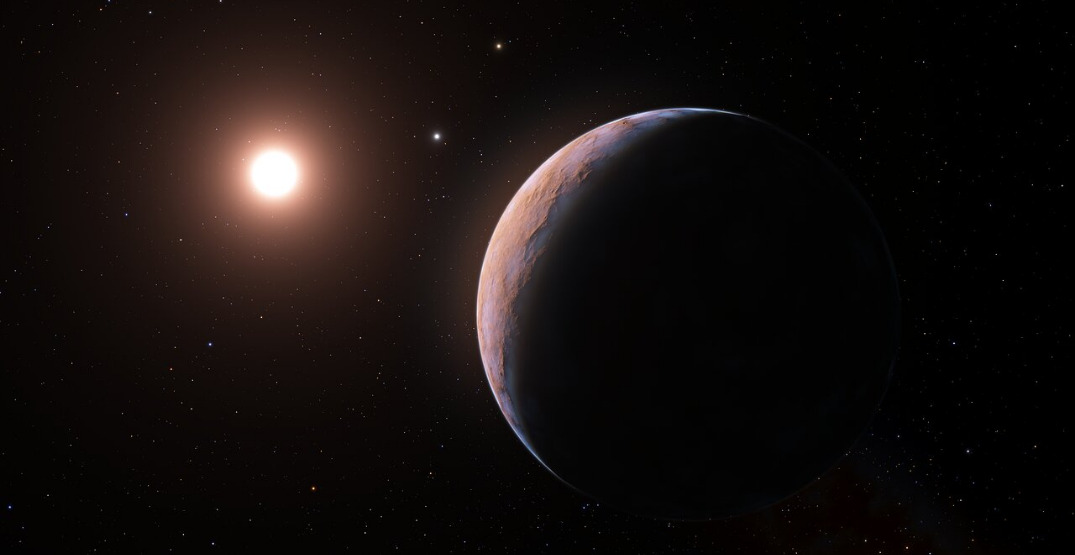 Astronomers have discovered an alien planet that’s orbiting Proxima Centauri, the closest star to our very own solar system.

Alien in this case means foreign, and not a planet that’s inhabited by extraterrestrials, unfortunately.

Named Proxima d, the planet is the third one detected in the Proxima Centauri system, and is a quarter of the Earth’s mass. It was detected using the European Southern Observatory’s Very Large Telescope (ESO’s VLT).

“The discovery shows that our closest stellar neighbour seems to be packed with interesting new worlds, within reach of further study and future exploration,” said João Faria, a researcher at the Instituto de Astrofísica e Ciências do Espaço, Portugal, in a statement.

Astronomers are also suggesting that Proxima d is one of the lightest exoplanets ever found. Exoplanet simply refers to a planet that orbits a star that isn’t the Sun.

Proxima d’s orbit is at a distance of about four million kilometres from the star Proxima Centauri. Astronomers suggest that this distance is less than a tenth of mercury’s distance from the sun.

The instrument used to make this discovery is called the Echelle SPectograph for Rocky Exoplanets and Stable Spectroscopic Observations. ESPRESSO for short.

“It shows that the radial velocity technique has the potential to unveil a population of light planets, like our own, that are expected to be the most abundant in our galaxy and that can potentially host life as we know it.”

“This result clearly shows what ESPRESSO is capable of and makes me wonder about what it will be able to find in the future,” added Faria.

Scientists say that the effect of Proxima d’s gravity is so minimal that it only causes Proxima Centauri to move back and forth at around 40 centimetres per second.

Proxima d isn’t in the habitable zone. In other words, it isn’t likely to be able to sustain human life in case you were hoping to take a trip to space anytime soon.

1/ If you read the recent announcement about the new planet detected around the star closest to the Sun, we have a bonus for you: here are some previous discoveries related to Proxima Centauri and ESO’s important role in them.