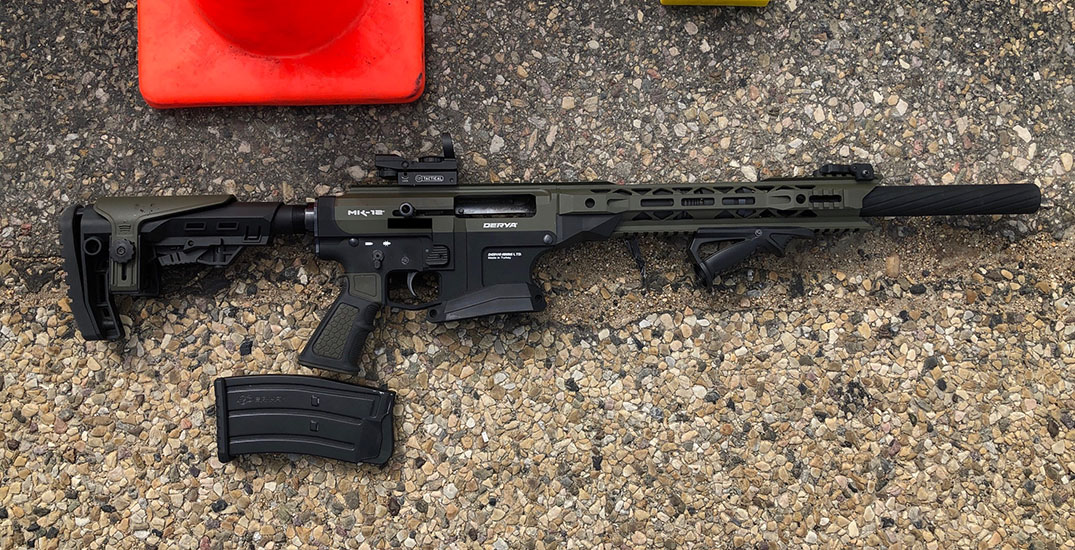 Alberta’s police watchdog is investigating a police shootout on May 6 that left a 27-year-old suspect dead.

The man was using a semi-automatic, tactical-style shotgun, according to the Alberta Serious Incident Response Team. Before the man died, he shot and seriously injured a police officer and a civilian woman, ASIRT said.

Mounties initially heard reports of a man with a gun in Blackfields, Alberta. According to ASIRT, the 27-year-old man fired shots from a home. The bullets struck and seriously injured the woman.

After that, ASIRT said the man fled in a black BMW sedan along QEII Highway. Officers chased him, and used a tire-flattening device that damaged the suspect’s car but didn’t stop him. The suspect then crossed the highway median and began driving northbound in the southbound lanes of the QEII.

Police eventually caught up with the suspect, surrounding his vehicle near Leduc. According to ASIRT, the suspect got out of his car and raised his gun towards police. A shootout ensued that left one officer seriously injured and the suspect dead.

The suspect was pronounced dead on the scene, and his tactical gun was recovered.

The injured officer was taken to hospital in Edmonton and has since been discharged, according to ASIRT.

Now, the police watchdog is asking anyone who has video or saw what happened either in Blackfields or near Leduc to get in touch with them at 780-644-1483.

ASIRT investigates all injuries involving police that result in serious injury or death.