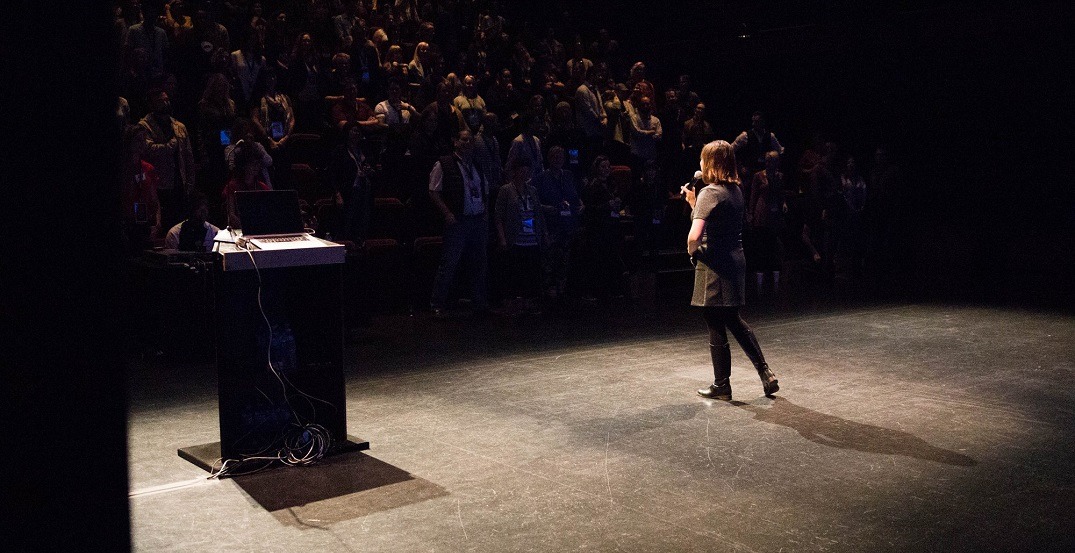 The sixth annual CAMP Festival is coming to Calgary this month.

Known for bringing together art, technology, and storytelling in a conference that draws in attendees from across North America, CAMP features a wide variety of presentations, workshops, panels, and, of course, networking opportunities.

This year’s event is expected to feature over 30 luminaries from international organizations including big names like Google, Amazon Music, ATB Financial, Facebook, and MIT.

Running from Monday, October 7 to Tuesday, October 8, CAMP Festival 2019 is expected to see over 800 attendees participating in the various offerings — including the aptly-named campfire chats, wherein the slideshows and power points will be done away with in favour of a more intimate, “sitting around the fire” type of discussion.

“Creative industries are in a constant state of flux and CAMP Festival brings awareness to emerging practices and cutting-edge technologies that many of our attendees might not otherwise have exposure to,” said Bram Timmer, founder of CAMP Festival, in a release.

“By bringing together some of the world’s brightest creative minds, it is our hope that every attendee will leave inspired to push their own boundaries as they continue to innovate and challenge the status quo on the path to their own industry-shifting discoveries.”

This year’s theme is mental health, with many of the sessions touching on stress, anxiety, and resilience in the workplace.

“Speakers will discuss the common challenges of managing the journey from professional highs experienced when achieving recognition, awards and accolades, to the lows resulting from failure, burnout and feelings of inadequacy,” the release states.

“Presentations will also include personal stories from speakers pertaining to mental health, including techniques on how to cope and methodology for building workplace culture that fosters mental wellness and work-life balance.”

Here’s a list of just a few of the professionals that will be heard from at Calgary’s Taylor Centre for the Performing Arts next week:

Daily Hive is a proud media sponsor of CAMP Festival