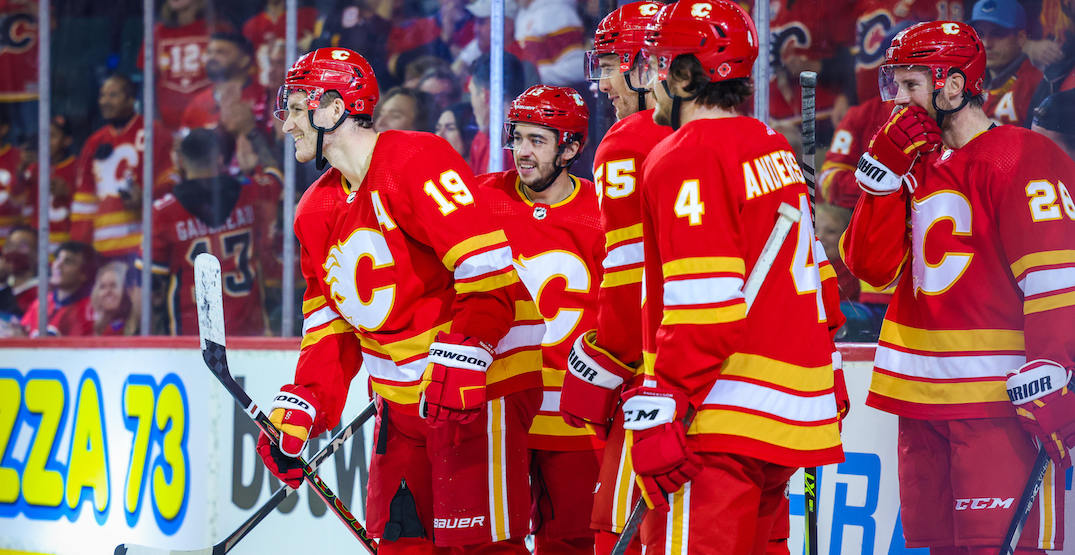 The Calgary Flames have been a very difficult team to get a handle on over the past few seasons. In 2018-19, they were the top regular season club in the Western Conference but lost in five games to Colorado in the playoffs. But the past two seasons, the Flames were firmly mired in the NHL’s mushy middle.

Through the first 11 games of this season, Calgary is among the highest-performing clubs in the league with a 7-1-3 record. But considering the team’s relatively recent middling performances and lack of substantial roster changes, many fans have been hesitant to fully get on board with the current team’s success.

Are the Flames actually as good as their record suggests? Or is their recent run of success a product of puck luck, bounces, or other smoke and mirrors?

Through 11 games, the Flames have outscored their opponents 40-22. At even strength, it’s a 29-16 advantage, and their special teams (power play and penalty kill) combine for an 11-6 advantage. Elias Lindholm and Andrew Mangiapane have combined for 14 goals, nearly outscoring Calgary’s opposition on their own.

But goals are the end product of a lot of different things happening on the ice. For an evaluation of the processes leading to the goals, or the prevention of goals against, you need to look at the club’s underlying numbers.

What the numbers say

Offensively, the Flames have registered a lot of shots on goal. According to Natural Stat Trick, a site that tracks advanced statistics, the Flames are second in shots-for per 60 minutes of five-on-five ice time.

In terms of shot quality, the Flames are fourth (per 60 minutes of five-on-five play) in a metric known as expected goals for, which converts data about shot volume, type, and location into a prediction of how many goals they should be scoring.

In terms of burying their chances, the Flames rank 14th in the NHL in five-on-five shooting percentage. Combined with the metrics regarding their shot volume and quality, this suggests that their strong offensive start may be sustainable because they’re converting their shots at around the league’s average rate while generating a high volume of quality scoring chances.

On the defensive side of the puck, the Flames allow the eighth-fewest shots per 60 minutes at five-on-five. In terms of expected goals against, it projects as the 13th-fewest. But the Flames are first in five-on-five save percentage.

What the defensive metrics suggest is the Flames are the beneficiaries right now of some strong goaltending from Jacob Markström, as the club isn’t allowing a lot of shots against but the quality of those scoring chances against are roughly league average. All things being equal, Markström’s numbers would be expected to settle back down to a more sustainable level over time due to the quality of chances he’s facing.

Are the Flames as good as their record suggests? In terms of their offensive output, they’re scoring about as much as their underlying metrics suggest they should be. In terms of their defensive game, they’re likely to start allowing more goals as they’ve benefited from some puck luck and strong performances in net thus far.

If they start allowing more goals against, their offensive game is strong enough that they should still be able to keep scoring their way out of any problems.