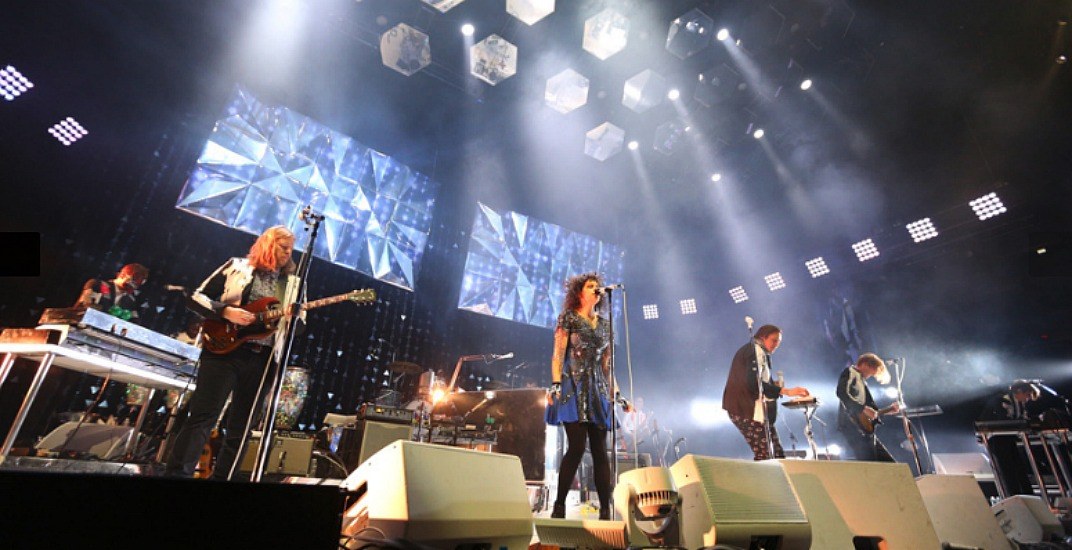 The ‘Reflektor’ singers are set to perform at Rogers Place in Edmonton on October 11 and Calgary on October 12, as part of their Infinite Content tour.

So it comes as no surprise that Arcade Fire will also be performing shows in Vancouver, Toronto, Seattle, New Orleans, and Austin, among many other U.S stops during their tour this fall.

Neon Bible, the band’s second studio album won them the Meteor Music Award in 2008 for Best International Album, plus a Juno Award in the same year. And The Suburbs, their third studio album released in 2010, gained them huge commercial success.

Their fifth studio album Everything Now was released in July this year featuring tracks like ‘Signs of Life’, ‘Peter Pan’, ‘Electric Blue’, ‘Chemistry’, among many others.

Tickets to Arcade Fire’s Edmonton and Calgary concerts are on sale now starting at $35 via Ticketmaster. But you could be the lucky reader to win two free tickets to either of the shows simply by entering the contest below.

To enter to win two tickets to see Arcade Fire live in Edmonton or Calgary, do at least one of the following:

3. Leave a comment below telling us your favourite Arcade Fire track (1 entry)

Contest entries will be accepted from the time and date of publishing until 11:59 pm on October 9, 2017. Two winners will be chosen at random and contacted through the platform they used to enter.

When: October 12, 7:30 pm
Where: Scotiabank Saddledome
Price: Tickets start at $35 – buy via Ticketmaster