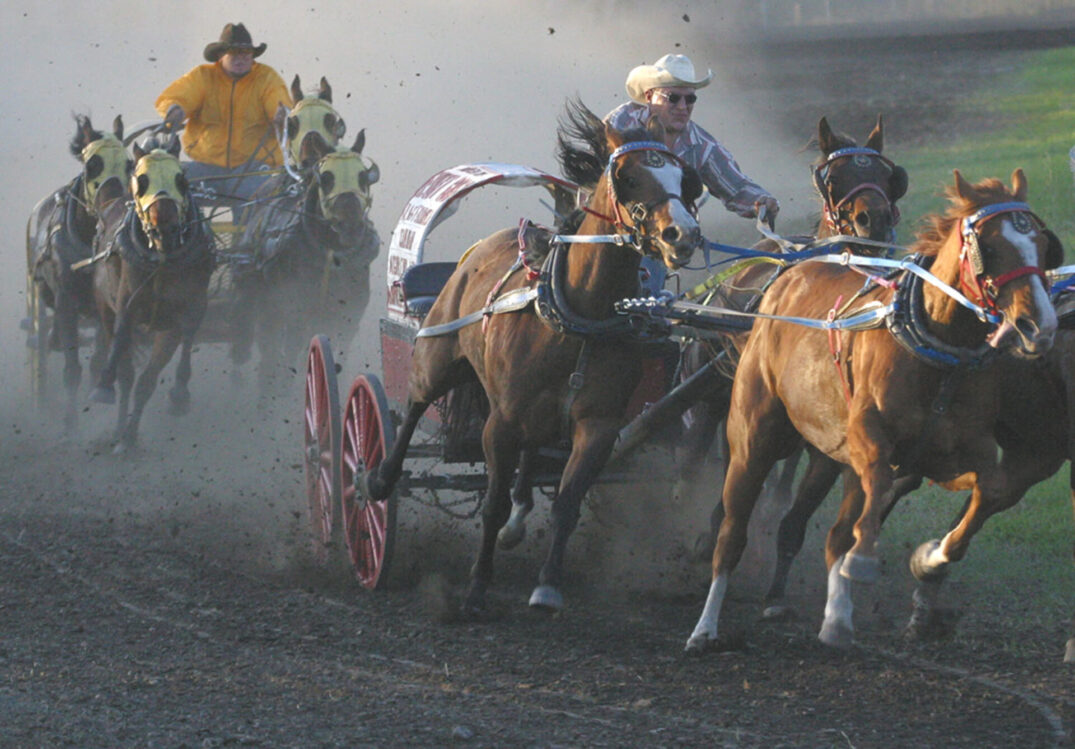 For some, the Chuck Wagons are the main event of Stampede, but for animal rights advocates they are a dark, deadly event that needs to end.

The Vancouver Humane Society has teamed up with some concerned Calgarians to protest the event’s return to the Calgary Stampede.

The Chuck Wagon races have been paused for the last couple of years due to the pandemic, but they return starting tonight in their familiar spot closing the show at the Stampede grandstand.

Emily Pickett, campaign director for the Vancouver Humane Society, says the Stampede should have taken the pause to reconsider the event.

“Organizers have had two years to consider a move away from the Stampede’s most dangerous event, which results in the deaths of horses nearly every year,” she said. “The Calgary Stampede has always provided an opportunity for local artists to showcase their work, and in recent years the arts and culture elements of the Stampede have bloomed. It is deeply shameful to see organizers regressing toward this archaic, deadly event.”

Pickett pointed out that within the last two decades, there have only been three years in which the chuckwagon races did not result in horse fatalities: 2003, 2004, and 2016. In 2019, the last time the races were held, six horses died.