Canadians will watch less playoff hockey on television this year, according to an Angus Reid poll.

It has been 23 years since a Canadian team won the Stanley Cup, and that streak will continue, as no NHL teams from Canada will qualify for the playoffs this season.

Fans like to cheer for their home team. When the Flames are out, fewer people in Calgary watch. When the Leafs are out, the same occurs in southern Ontario.

A lot of fans end up adopting another team to cheer for, often another Canadian team.

But what happens when every Canadian team fails to qualify for the playoffs, as is the case this season? I guess we’ll find out, because it hasn’t happened since 1970, when just two Canadian teams existed. 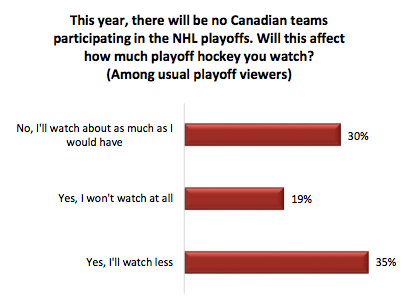 More than half of regular playoff viewers will watch less playoff hockey or tune out completely. 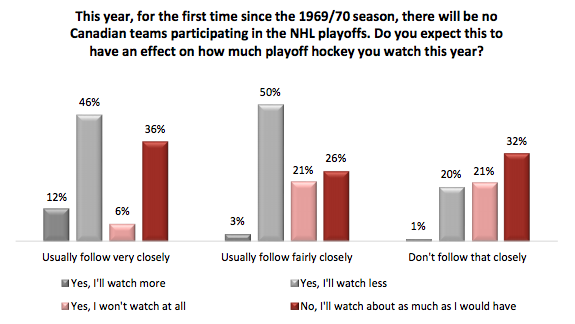 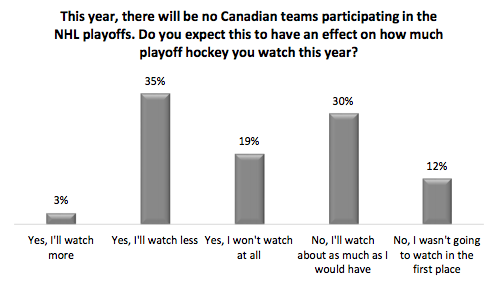 What’s also interesting is which bandwagon people are ready to jump on. 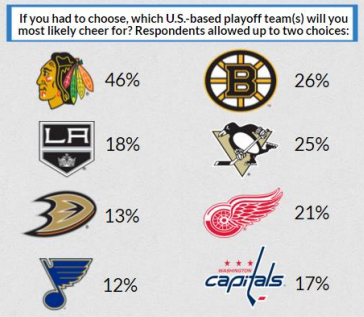 The 16 American based teams will begin the hunt for the Stanley Cup on Wednesday. Some of us will be watching.