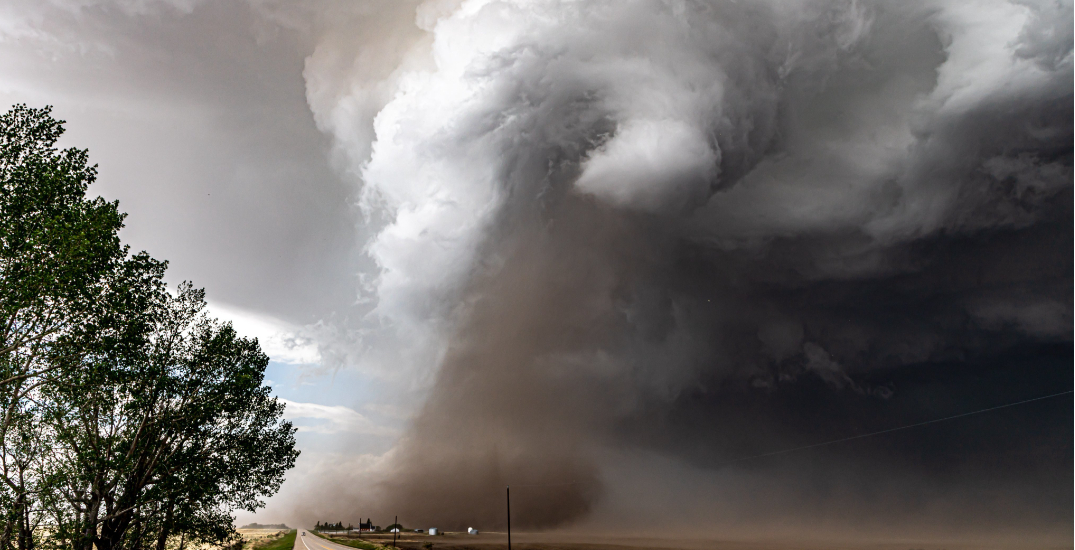 Southern Alberta was hit by a tornado on Saturday as intense storms rolled through the province.

The Alberta Emergency Alert system issued a warning around 2 pm on June 5, noting that tornados had been spotted near the communities of High River, Blackie, and Herronton.

Social media posts of the storm captured twisters touching down, coin-sized hail falling, and apocalyptic clouds rolling through the region.

Had to pull over with very strong straight line winds on hwy 36 and township road 184 west of Brooks. #abstorm 4:08pm pic.twitter.com/5TVrMuVz1B