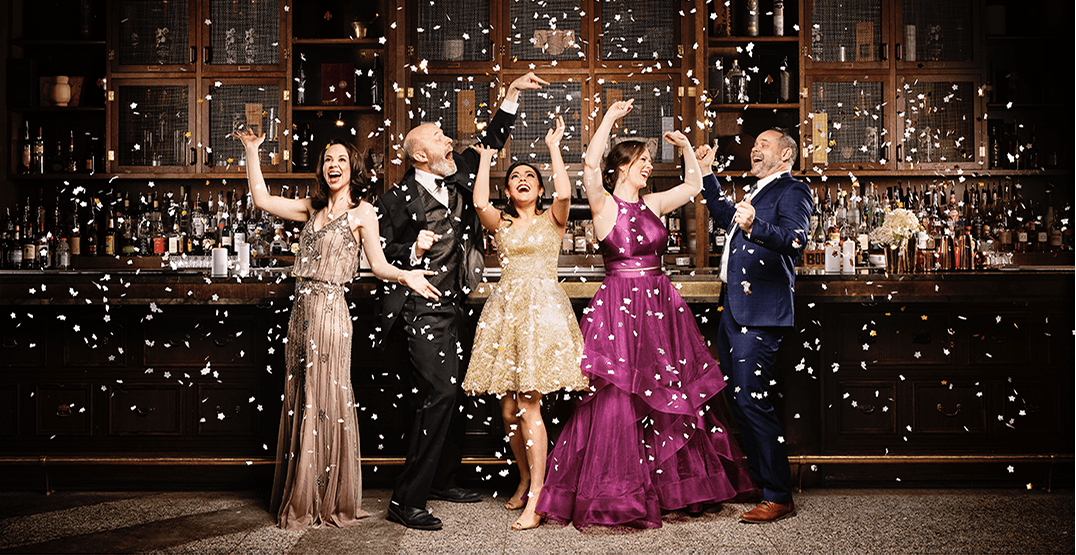 Have you RSVPed yet?

Calgarians are invited to a wedding with “family secrets, squabbling in-laws, embarrassing speeches, terrible dance moves, and those cousins you wish hadn’t shown up,” this September.

Sounds like some of the more exciting weddings you’ve been to, right?

Written by Canadian playwright Kristen Thomson and directed by Darcy Evans, The Wedding Party promises to have “an outrageous wedding reception [that] spins out of control in real-time.”

The comedy is about the two characters Sherry and Jack Jr.’s wedding, but will see the clash of the two families at the reception: “the well-to-do Sealey-Skeetes and the hard-working, hard-living Boychuks,” according to a release.

One of the wildest things about the play will be the acting: the six actors — Christopher Hunt, Helen Knight, Josie Jones, Katherine Fadum, Curt McKinstry, and Kristen Padayas — will be starring as not just their main characters but they’ll be switching characters to portray the dozens of wedding guests who are attending the fateful ceremony.

The comedy runs for approximately two hours and 20 minutes. A pre-show onstage bar opens from 6:30 to 7:30 pm — where wedding attire is highly encouraged.

Audience members are warned that the play contains sexuality and coarse language and is suggested for those 16-years-old and older.