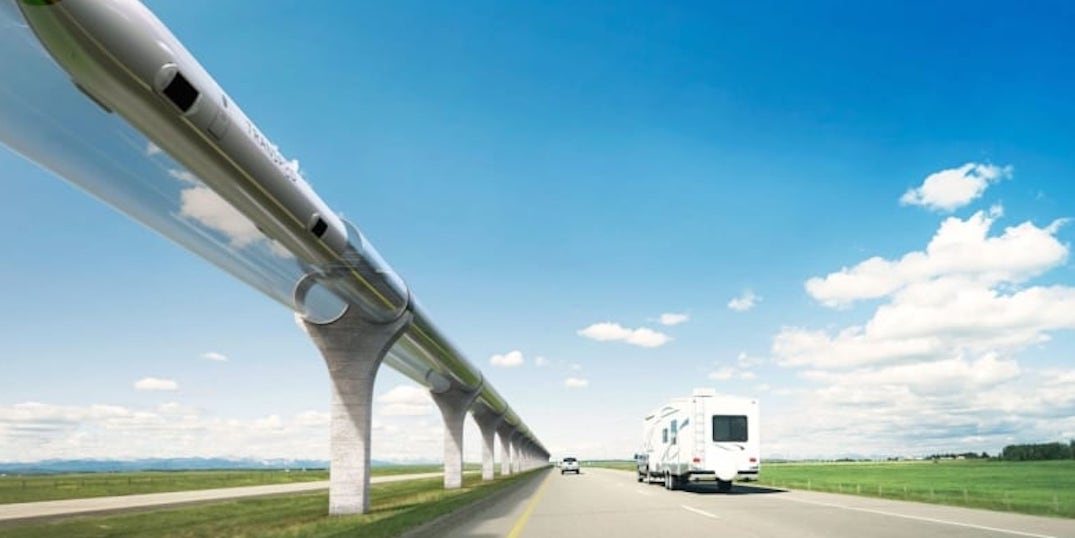 The Canadian hyperloop company TransPod has signed an agreement with the Alberta government to support the early efforts for the high-speed transportation system.

On Tuesday, the agreement was signed to help advance the development of the hyperloop transportation line between Calgary and Edmonton based on a 1,000 km/h TransPod vehicle.

The memorandum of understanding (MOU) between the company and Government of Alberta is supposed to facilitate attracting private investment to the province in order to build the multi-billion dollar project.

According to TransPod, the project is estimated to create up to 38,000 jobs over 10 years and reduce Alberta’s carbon emissions by up to 300,000 tonnes per year.

“Alberta’s government is supporting new and exciting opportunities for job creation and innovation,” Ric McIver, Alberta Minister of Transportation said in a statement.

“By supporting TransPod’s feasibility study, Alberta Transportation will provide important information contributing to the research, development, testing, and construction of a full inter-city TransPod line between Edmonton and Calgary. We look forward to seeing this work put Alberta at the forefront of the movement of goods and people.”

The MOU will see Alberta Transportation support TransPod by undertaking further study on the feasibility of developing its technology in Alberta.

It will also share available transportation data to assist TransPod in assessing if its technology is doable and work with the officials of the company to identify suitable land that can safely accommodate a test track.

It’s important to note Alberta hasn’t made any financial commitments or endorsements.

The TransPod system is fossil-fuel-free and fully electric that uses innovative design to leverage aerospace engineering.

According to the company, the TransPod vehicle’s top speed is faster than a jet, and it travels at ground level “in a protected guideway that is immune to weather.”

“With the convenience of a subway that departs every few minutes, TransPod will avoid airline flight diversions, travel faster than a jet, and three times as fast as a high-speed train.”

The high-speed mode of transportation has also been proposed between Montreal and Toronto which would cut commute time to just 40 minutes.

In March 2019, Canada invested in the Hyperloop transportation concept. At the time, Transport Canada said it was commissioning the study of the Hyperloop, so it can be “better informed on the technical, operational, economic, safety, and regulatory aspects of the Hyperloop and understand its construction requirements and commercial feasibility.”