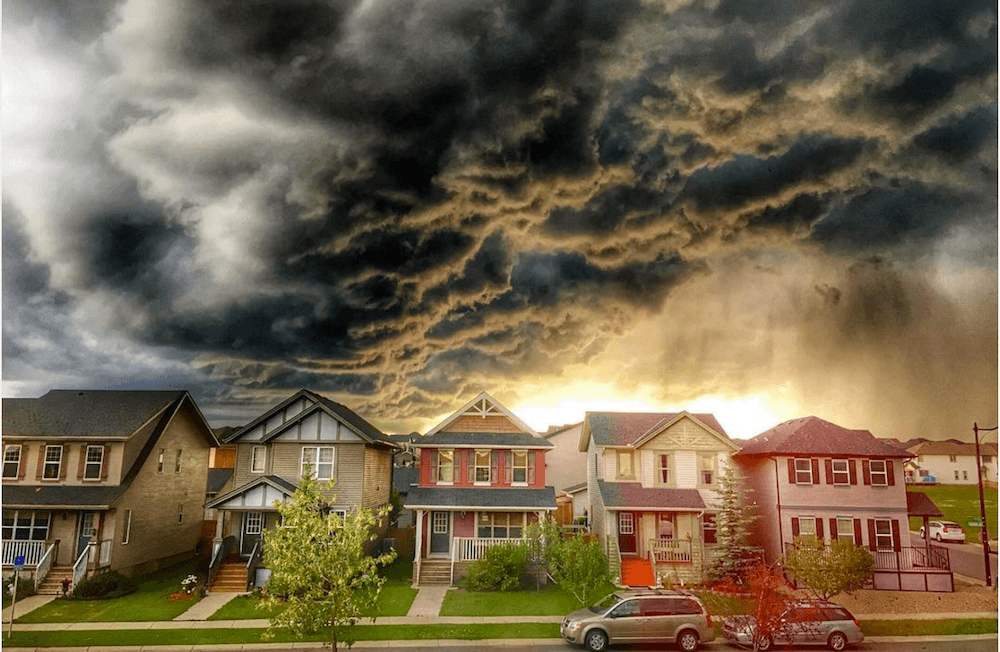 Alberta has experienced quite the rough weather in July with storms raging on throughout most of the province.

In Calgary, the amount of precipitation throughout July 2016 has been the highest since 1967. On average in the month of July, Calgary will get 65 mm of rainfall. This year during the Stampede alone, Calgary received 104.2 mm of rain, the most rainfall recorded during the Stampede over the last three decades.

With thunderstorms, hail and lightning usually tag along. Storm damage in the city reached epic levels this past weekend, with hail puncturing lawns, houses, car windshields and even an airplane.

Here are some epic pictures and videos of mother natures #abstorm.

On July 31, Instagram user richardgottardo made this time lapse video:

Also on July 31, an Air Canada plane which was making it’s decent into Calgary, had to abruptly alter its course when large hail broke the airplanes’ windshield. The plane made an emergency landing in Lethbridge.

Heck of a storm. Thankfully no damage to the house, my garden, well that’s another thing. 😕 #abstorm #albertaweather #hail #okotoks 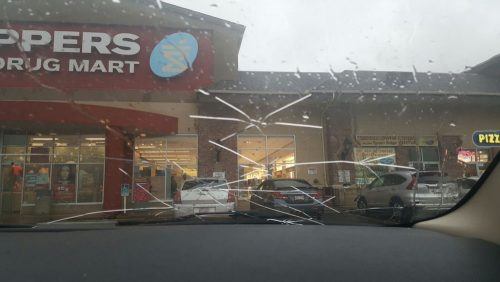