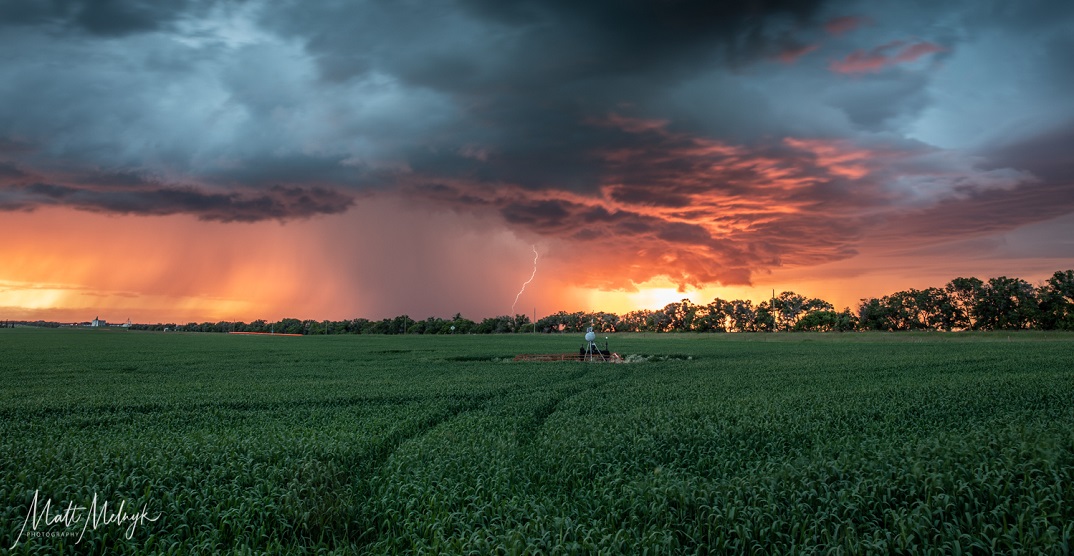 When the strong winds blow, the skies turn grey, and thunder booms in the distance, most people would likely take shelter at home, in a public building, or, in a pinch, crammed under whatever overhang they can find.

For some, the fiercest forecasts that Mother Nature has to offer are instead a call to the outdoors, radars and cameras in hand, hoping to capture that thunderous might in all its glory.

Matt Melnyk is one such storm chaser. A pilot of 20 years, Melnyk stated in a phone interview with Daily Hive that the compulsory meteorology training he received while learning to fly was what initially sparked his interest in photographing Alberta’s strongest storms. 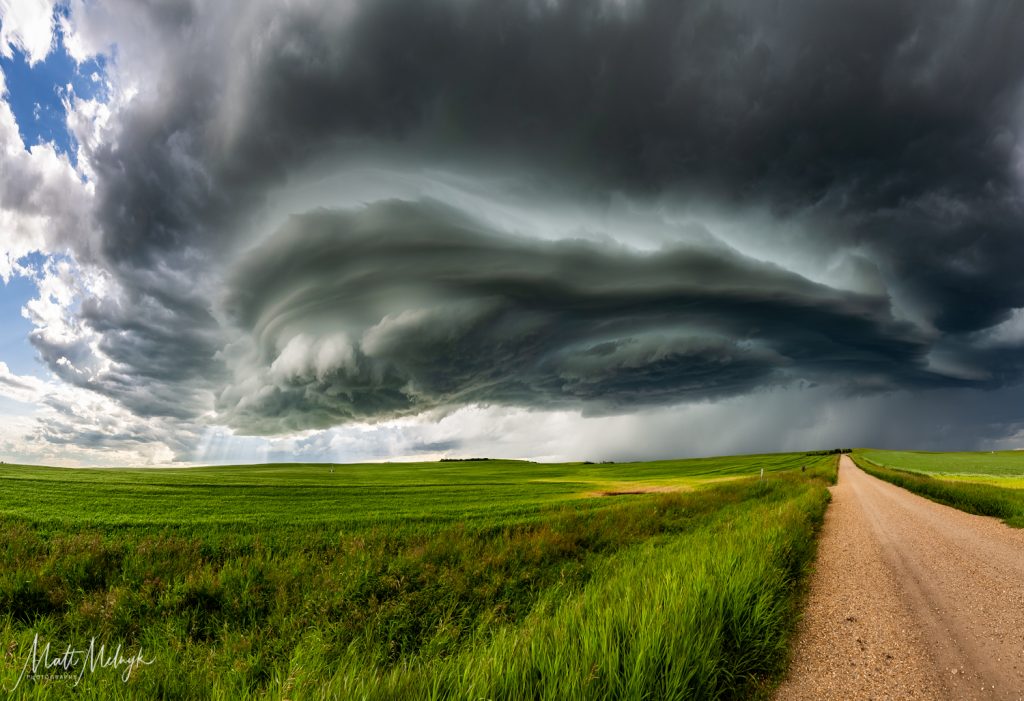 “I learned about how thunderstorms form, what they do, their behaviour, and how dangerous they actually are to aircrafts,” he said in the interview.

And while those with the know-how can usually get a read on an incoming storm about two days in advance, sometimes the most photographic formations can form out of nowhere. 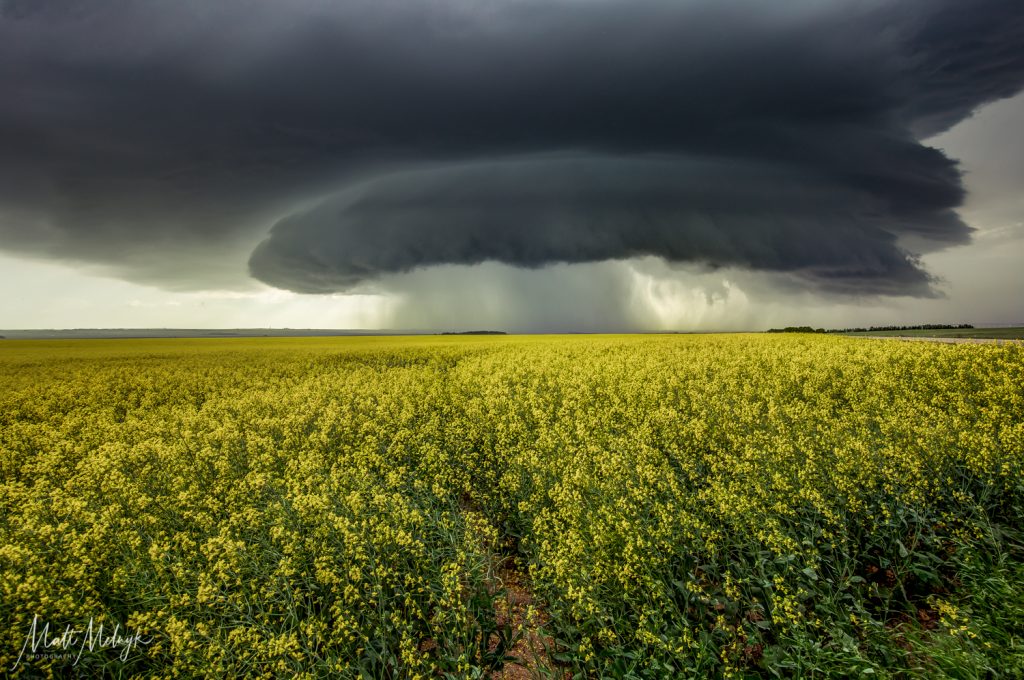 “What we look for is […] specific storms called supercells, and what a supercell is is a thunderstorm that has rotation on it, those are the ones that are the most dangerous, they have large updrafts, which keeps the hail in there longer, it gets bigger, and it can also start a tornado.”

He and his group, Twisted Chasers, work together to keep each other safe by determining the best locations from which to view an incoming storm and all the thunder, lightning, and hail that comes with it. 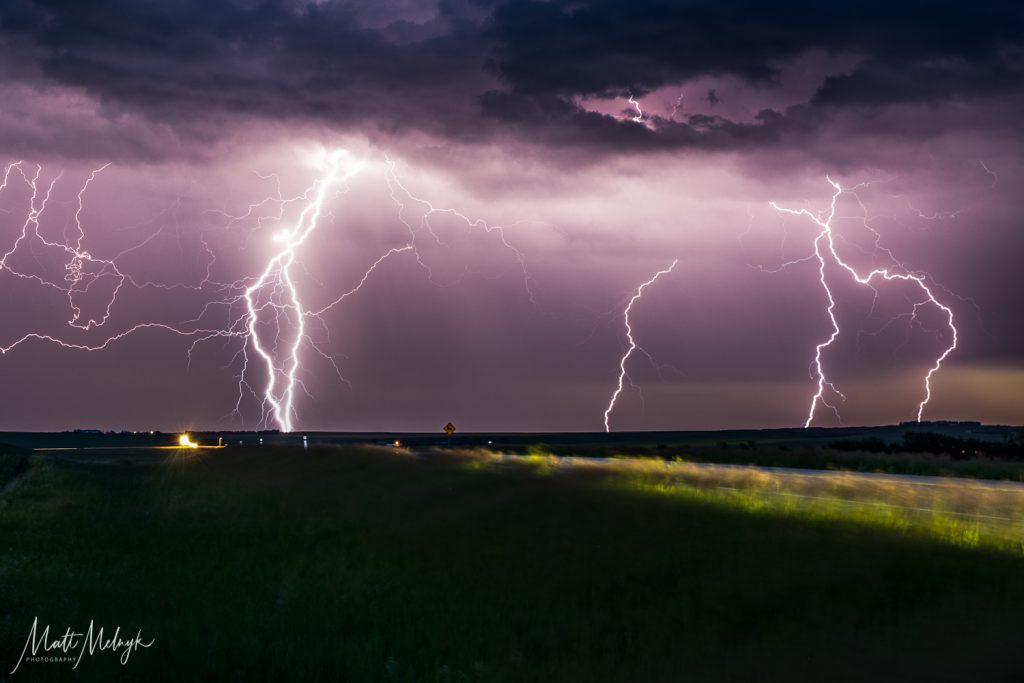 According to Melnyk, so long as they can tell where a storm is heading, chasing them is actually quite safe.

“We can see the radar and we know where not to go, and we’re pretty much in positions to view the storm where no danger is happening,” he said. 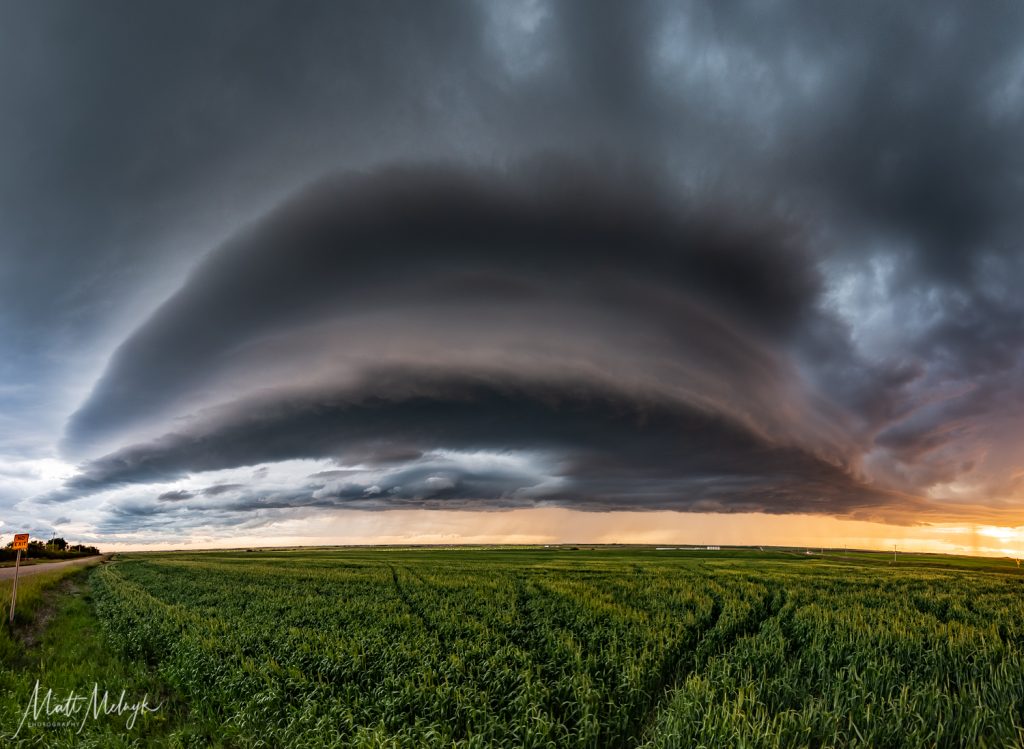 “A dangerous spot to be would be on a farm where you don’t know that [the storm] is there and you’re not moving and if you’re just stuck there, you’re going to get hailed on.”

A favourite spot for Melnyk and other Alberta storm chasers is north of Airdrie and south of Red Deer, an area of the province that sees a phenomenon he said is nicknamed “Foothills Magic,” also known as orographic lift. 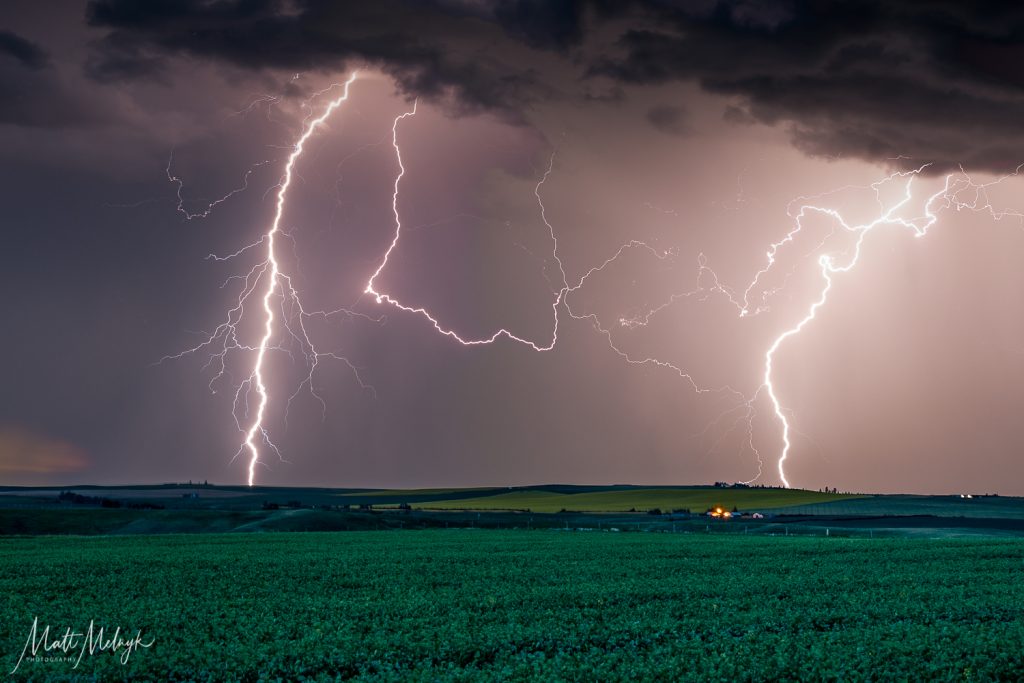 “What happens is the air comes rushing down the mountains, hits the foothills, and launches back up into the air again,” he explained.

“If there’s moisture present, it will cause those clouds to grow into thunderstorms. That’s pretty much why it’s so common here.”

Melnyk also noted that this has been an unusually stormy summer for Alberta, with rare, tennis ball-sized hail having been seen at least twice now. 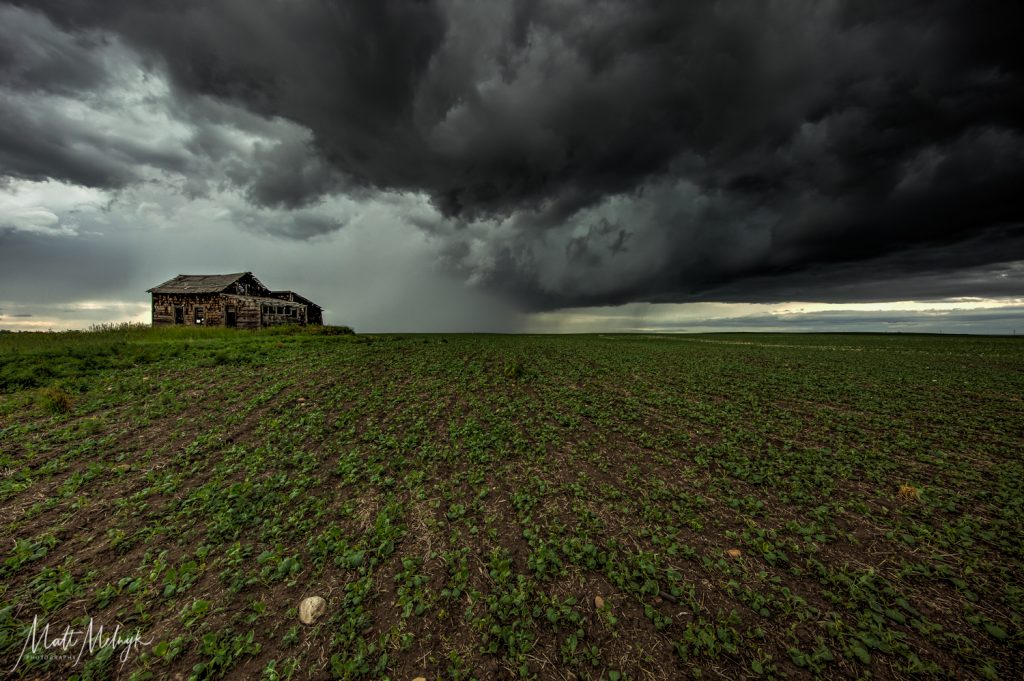 Anyone who may be looking to get into the hobby and capture images like the ones Melnyk takes is encouraged to join the Facebook group Alberta Storm Chasers, as learning from an experienced photographer on how to properly navigate around the dangerous storms is the safest bet.

A warning that Melnyk made sure to touch on, stating “it’s not something you want to do by yourself.”