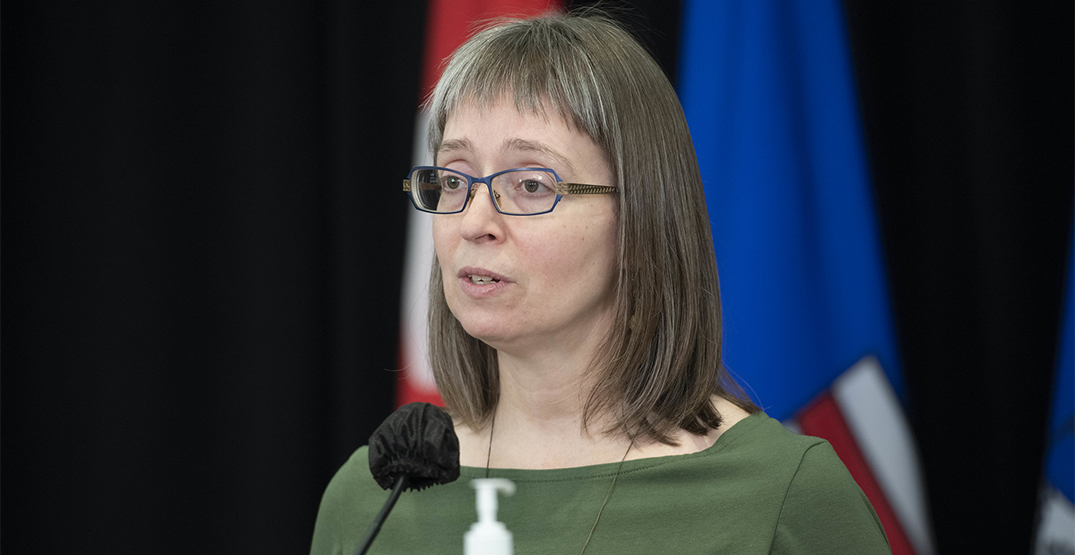 Alberta announced 582 new COVID-19 infections on Thursday, but they’re from the last 48 hours because some were missed for Wednesday’s update.

Chief Medical Officer of Health Dr. Deena Hinshaw said 421 new infections were discovered in the last 24 hours, and the remainder were discovered the previous day. That increases Wednesday’s daily case count from 259 to 420.

A technical issue on Wednesday led to 6,000 COVID-19 test results not being included in Hinshaw’s announcement. The glitch only impacted public reporting; all patients were notified of their test result.

There are now 517 people in Alberta’s hospitals with COVID-19, including 93 in ICU.

More cases of the UK variant were also discovered. Alberta has now seen 68 variant cases, and seven of them have no ties to travel.

Hinshaw also said two more Calgary schools have potential exposures to the variant after individuals attended school while their household members were quarantining, without knowing yet that they were infected.