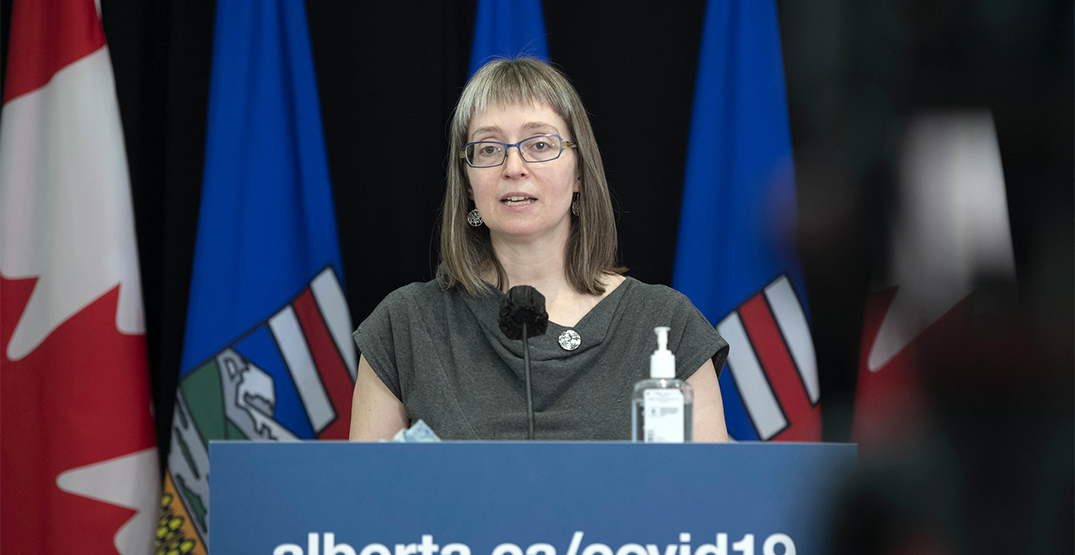 One of those new cases was a variant of concern, Dr. Deena Hinshaw said. Alberta has now seen 104 variant cases, 97 of which have been the UK variant and seven of which were the South African variant.

“So far variants are still very rare, and we are working to keep it that way,” Hinshaw said.

The first UK variant case was discovered retroactively from a sample taken on December 15, 2020. Since then, variant strains have only accounted for 104 out of 43,000 new cases discovered.

That works out to about 1.4% of all positive tests.

But since variant strains are more transmissible, Hinshaw is especially concerned with limiting their spread. Alberta’s labs have increased their capacity to screen for variant strains and are now screening about 300 samples per day.

Alberta’s hospitalizations continue to decline, with 427 people currently admitted with COVID-19 infections, including 78 in the ICU.

Approximately 124,000 doses of COVID-19 vaccine have been administered so far in Alberta.