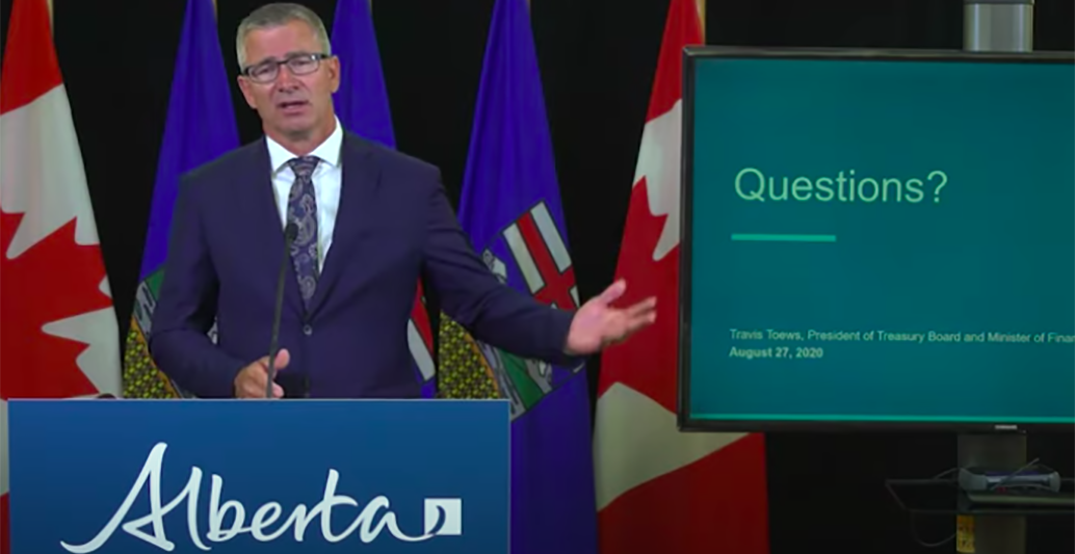 Alberta is facing a record-setting deficit of $24.2 billion due to the COVID-19 pandemic and oil price collapse.

“These numbers are incredibly sobering to all of us. If left unchecked, they predict a grim reality for Albertans,” Travis Toews, president of treasury board and Minister of Finance, said in a release. “We are facing the most significant economic challenge of our generation. To deal with this challenge, our government is developing a path forward — a path of economic recovery that will see job creation, diversification and stability restored to Alberta’s finances.”

First-quarter projections peg the total at $24.2 billion in debt to the deficit over the year, $16.8 billion higher than was estimated in the last budget.

“Almost 70% of this increase is due to a sharp decline in revenue with non-renewable resource revenue down $3.9 billion,” the government wrote in a release. “Total revenue is estimated to be $38.4 billion, down $11.5 billion, or 23% from Budget 2020.”

Ultimately, a number of major, simultaneous global events resulted in the overspending.

“Alberta encountered what I would characterize as a triple black swan event,” Toews said during a press conference, “which consisted of the pandemic driven greatest global economic contraction since the great depression. It also included an unprecedented drop in energy prices. And of course, at the time, we were called on to deal with COVID-19, a pandemic within our own borders.”

An updated economic forecast shows the pandemic has negatively affected business investment, oil production and consumer spending, the province said, adding that any growth seen at the beginning of 2020 was quickly lost to the ongoing pandemic.

By the end of the fiscal year, Alberta’s economy is expected to contract by 8.8%, resulting in what the province called the “largest decline in modern-day history.”

Watch the full press conference on the report below: