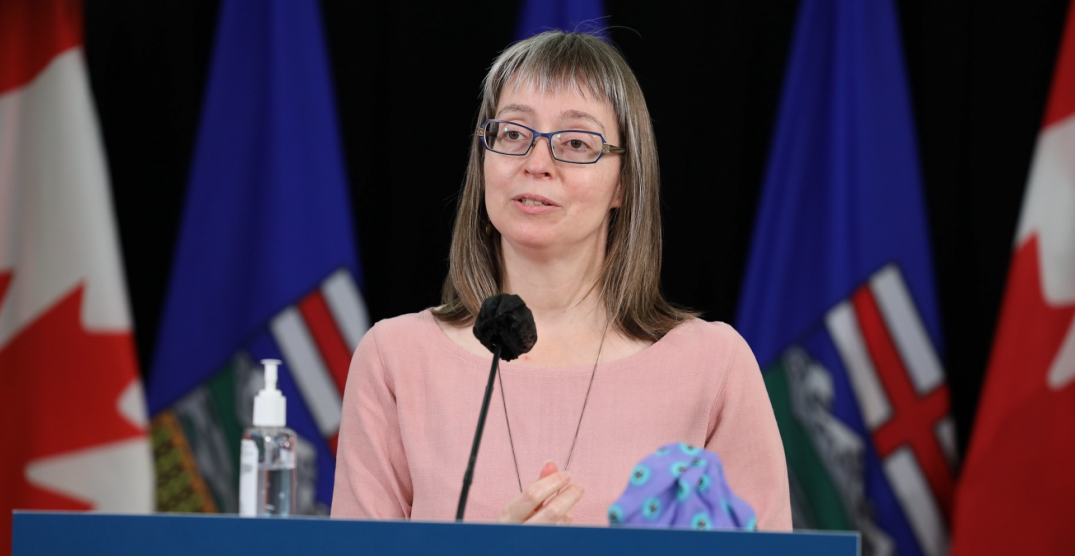 There are currently 262 people in hospital due to the virus, 44 of whom are in intensive care.

The testing positivity rate was 4.7%, which is slightly lower than Tuesday, and remains below the threshold of 5% that’s considered safe to open schools and other community activities.

Alberta has identified 50 cases of variants of concern in the past 24 hours. This raises the total number of variant COVID-19 cases found in the province to 1,078.

Those born prior to these years remain eligible to book their vaccines as well.

Dr. Hinshaw noted that a shipment of Moderna vaccine that was set to arrive in Alberta earlier this week was grounded outside the province due to mechanical issues on an airplane.

As a result, shipments were delayed to 43 pharmacies in the province, which will now get their vaccines a few days later than expected.

“We understand that these sorts of delays are frustrating, and we are delivering the vaccine as quickly as possible once it arrives in the province,” said Dr. Hinshaw.

As of March 16, 397,492 doses of the COVID-19 vaccine have been administered in Alberta, with 92,081 individuals having received the 2 doses required to be fully immunized.

Dr. Hinshaw will provide another update on Thursday afternoon.