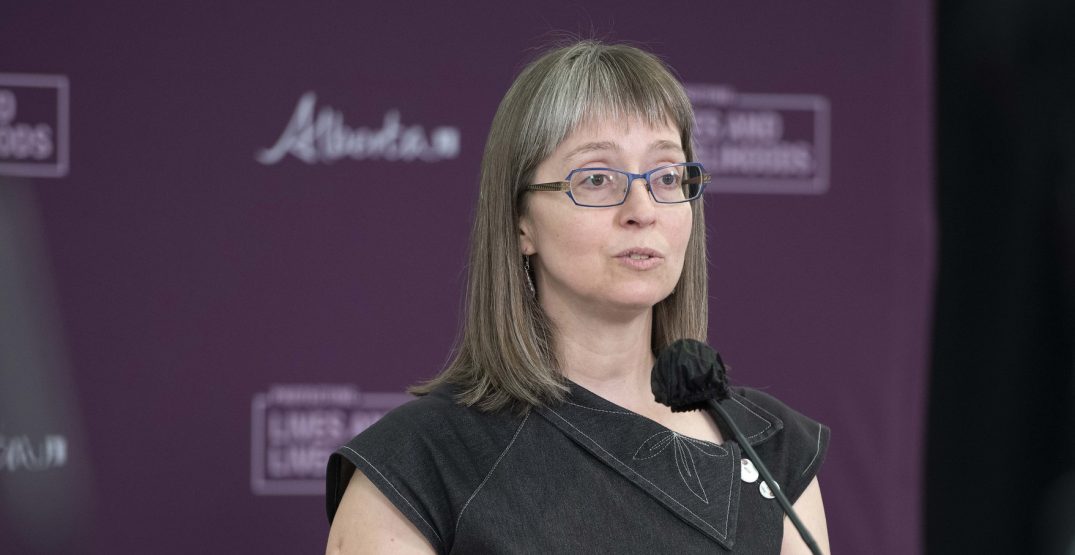 After announcing that the province will be moving into Stage 3 of its reopening plan, Alberta reported 124 new cases of COVID-19 on Friday.

New daily infection counts have been in the 100s since June 7, with the exception of 313 cases found on June 9.

The number of active cases in the province now sits at 2,336, down from 2,471 on Thursday. The testing positivity rate is at approximately 2.2%.

Alberta saw a decrease of five hospitalizations since Thursday, and there are currently 237 people in hospital with COVID-19. This includes 58 individuals in intensive care.

Over the last 24 hours, three new deaths caused by the virus were reported, bringing the province’s death toll to 2,283.

As of June 17, a total of 3,654,750 doses of vaccine have been administered in the province, and 25.8% of the eligible population has been fully immunized with two doses.

The province had previously said that it could enter Stage 3 of its reopening plan two weeks after 70% of Albertans over the age of 12 have received at least one dose of the COVID-19 vaccine.

With 70.2% of Alberta’s eligible population now vaccinated, government officials announced on Friday afternoon that the province will be moving into Stage 3 on July 1.

What are you doing this summer? pic.twitter.com/U7naapLQcL

Stage 3 means the lifting of all public health restrictions, including the ban on indoor social gatherings.