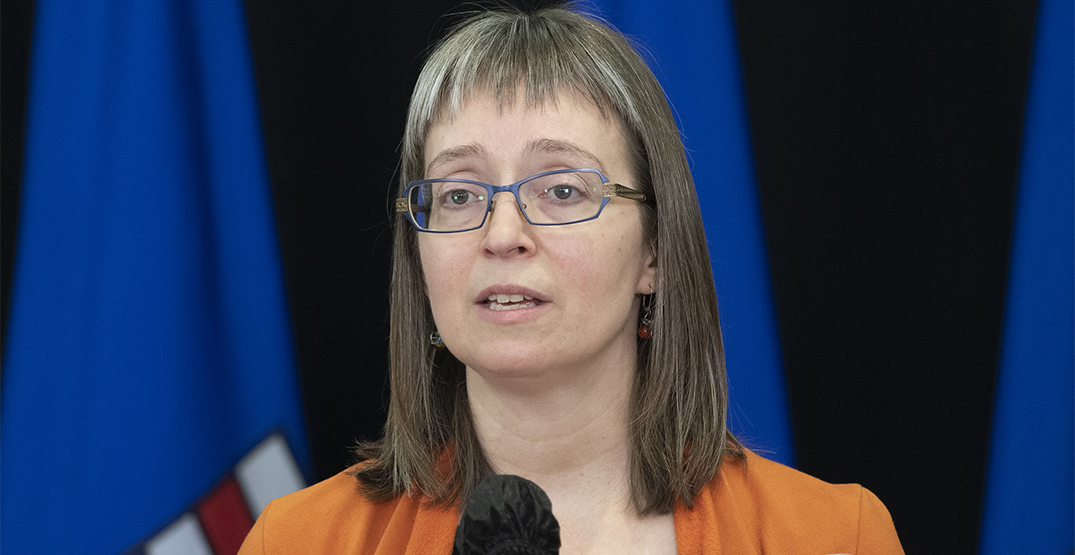 Alberta’s top doctor says the province is at a much more dangerous place now than it was last spring, highlighting the differences that indicate it’s not ready to further relax restrictions yet.

The province reported 259 new COVID-19 cases Wednesday and saw another 11 virus-related deaths. There are currently 539 people in hospital, including 94 in the ICU.

Dr. Deena Hinshaw pointed out that active cases are about seven times higher than they were when the province re-launched last spring. At that time there were less than 1,000 active cases and now there are 6,599.

“We are at a very different place than we were at in May,” she said. “The emergence of new variants also poses a threat that could cause cases to spike again.”

She added the province will not relax all sectors at once like it did last year, and will instead slowly and gradually loosen restrictions.

She also apologized after some people incorrectly received their first COVID-19 dose ahead of time. There may have been confusion among other types of first responders when the province opened up immunization to paramedics, Hinshaw added.