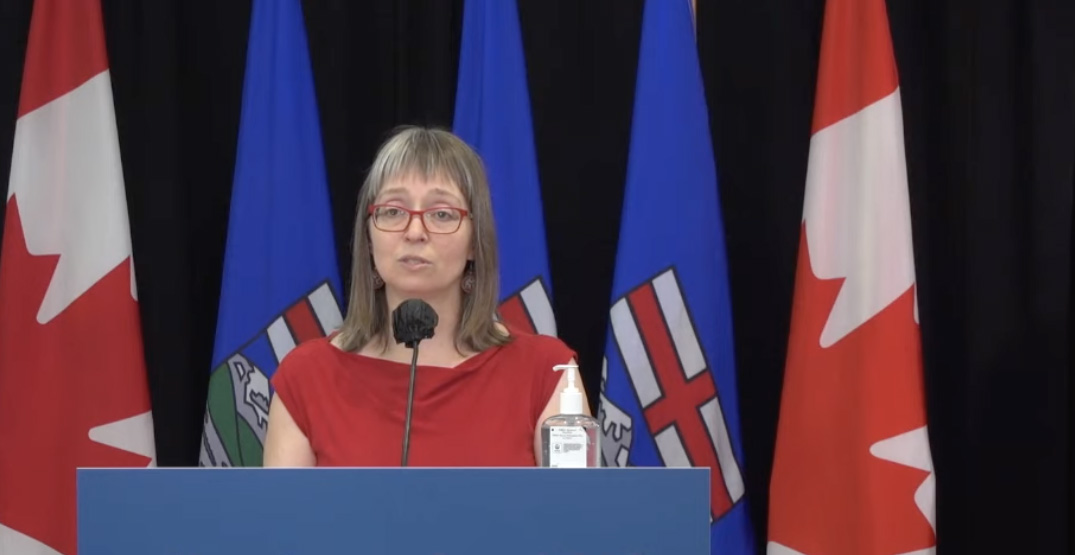 The number of hospitalizations in Alberta due to the virus continues on an upward trend as well. There are currently 518 people in hospital with COVID-19, including 116 in intensive care.

This is the highest number of hospitalizations that the province has seen since February 3, when there were 539 people in hospital.

Of Thursday’s new cases, 1,326 were variants of concern. Variants now represent nearly 60% of all active cases in Alberta with a total of 11,418.

Another six people died of the virus in the last day, bringing the province’s death toll to 2,054.

During a Thursday afternoon COVID-19 update, Dr. Deena Hinshaw, Alberta’s chief medical officer of health, said that she finds the rising numbers “concerning,” and told Albertans that “we have work to do, together.”

Dr. Hinshaw also announced that the province has now confirmed the first case of the B.1.6.1.7 variant in Alberta, first identified in Denmark. This variant has also been found in California, and is a key driver in the rise of rapidly spreading cases seen in India.

“This variant was in a returning inter-provincial traveller to Alberta, and no additional cases of this variant have been detected to date,” said Dr. Hinshaw.

“As with all new variants, research is underway to determine what might be different about the B.1.617 variant, how it spreads, and if it creates more severe illness,” she continued.

The doctor added that, for now, the province is calling this a “variant of interest” while they work with medical colleagues across the country to monitor the latest findings on this variant as evidence emerges from around the world.

Dr. Hinshaw will provide another live update about COVID-19 in Alberta early next week.