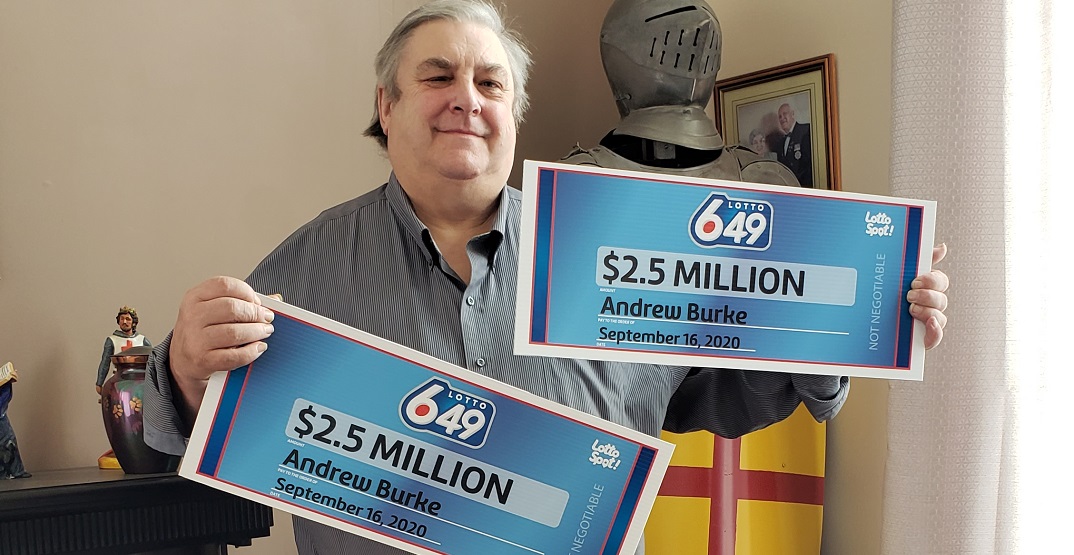 Andrew Burke’s ticket rang in at a win of $2.5 million when he went to check it at the Fas Gas Calmar Service, meaning that he was splitting the $5 million jackpot.

However, Burke had accidentally bought a second ticket with the same numbers, which also rung in at $2.5 million when he checked it.

“The owner walked in and said ‘what have you done Andy, have you broken my machine?” Burke stated in the WCLC release.

“The clerk then told me ‘you’ve won $2.5 million’ – and I said she better check that other ticket, because it’s the same numbers!”

Burke’s tickets were a combination of birthdays, along with some randomly chosen numbers. Both his tickets had the numbers 6, 12, 23, 29, 44, and 46, which lined up perfectly with the winning LOTTO 6/49 numbers.

The release noted that Burke plans to retire from playing the lottery now that he’s taken home $5 million.

“All I wanted out of the lottery was to be able to retire comfortably, keep up on the house, and have my Land Rover restored. I don’t need anything else. I have everything I need.”