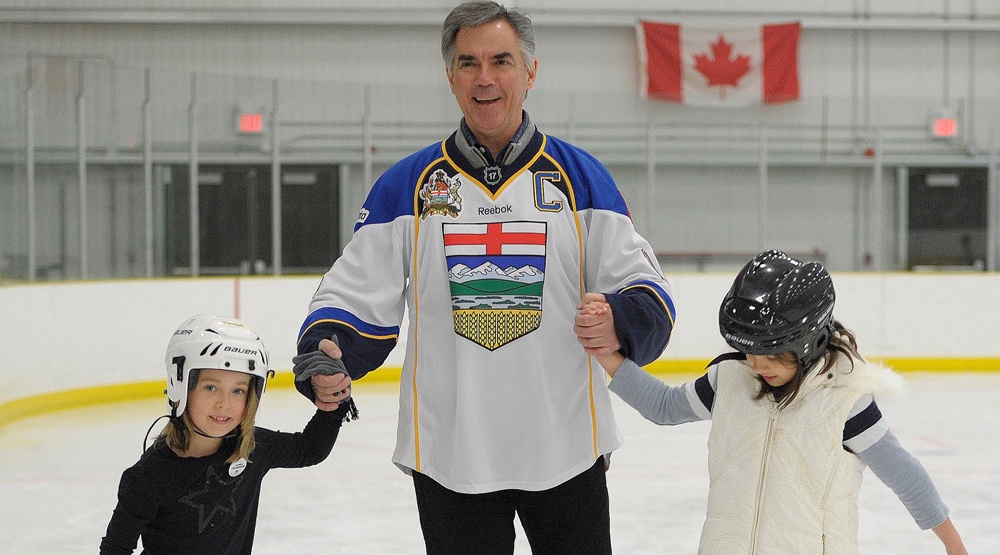 Leaders around the region and country are weighing in with their thoughts:

“Jim Prentice brought his deep convictions to everything he turned his hand to, whether it was law, business, or politics. At each step of his career, he worked tirelessly for the people of Canada and Alberta – both as a federal minister in several different portfolios, and later, and Premier of the province.

“He was broadly respected in the House of Commons – across all party lines – for his intelligence, commitment, and honest straightforward approach on tough issues. I greatly enjoyed the time I spent working closely beside Jim in the House, and know that he will be missed by his colleagues on both sides of the aisle.

“Today we mourn the passing of a great Canadian. His legacy will live on in the work he did for Albertans and for all Canadians – particularly in the important role he played finalizing the Indian Residential Schools Settlement Agreement – and through his daughters, who he loved dearly and was incredibly proud of.”

“There are no words adequate for moments like this, as my family knows very well. But there are words to remember Premier Prentice’s contributions to Alberta. He served our province in so many roles for so many years. He deeply loved Alberta. He worked tirelessly for all of us, in the true spirit of one who is committed to public service. I benefited from his advice, and the Government of Alberta is continuing to pursue many of his initiatives. All Albertans are better for this.

“This tragedy was made worse by the death on the same flight of Premier Prentice’s good friend, and father of his son-in-law, Dr. Ken Gellatly. Our thoughts are also with Premier Prentice’s friends and colleagues. For Alberta, today is a day of sorrow in the face of terrible tragedy. To all Albertans, I urge you to look at the faces of those we love and remember that every moment with them is a precious gift.”

“This morning, I was shocked and deeply saddened to learn that former Alberta Premier, Jim Prentice, was amongst four people killed in a plane crash in southern BC. The loss of all these lives is devastating. All of our thoughts and prayers are with Karen, their daughters, and their families. Thank you for sharing Jim with all of us. I also want to extend sincere condolences to the families and friends of those who lost their lives with Jim. This is a devastating loss for everyone.”

“Like many Canadians, I was shocked to hear the news about Jim Prentice. This is a terrible loss for our country… Simply by being himself, Jim Prentice elevated political discourse in this country with his dignity, kindness, and focus. Jim devoted his life to making Canada better – and he succeeded.”

The news has devastated Canadians, who have taken to social media to express their thoughts. The Alberta Government has also set up a page where you can share your condolences with the Prentice family.

Incredibly sad. Thinking of Karen and the girls and the memory of our friend and Canada’s friend, Jim Prentice. pic.twitter.com/7Lnc1pLMYY

My deepest sympathies go out to Jim Prentice’s family. We all bear the loss.

Saddened to hear about the passing of former premier and alumnus Jim Prentice. Our condolences to his friends and family. pic.twitter.com/6drkEiepJM

On behalf of UCalgary, President Cannon extends condolences to family of Jim Prentice as we mourn his passing. https://t.co/dQMbPCzLZd pic.twitter.com/uRmzaeZ9fO

Words cannot express my sadness today at the loss of my friend, former Premier, Jim Prentice who cared deeply about Alberta. Hugs to Karen.

My family’s and my deepest condolences go out to Jim Prentice’s wife, children and loved ones. Today, all Albertans are united in grief.

Devastated to learn of the death of my friend & former colleague @JimPrentice. My thoughts & prayers are with his wife Karen and his family. pic.twitter.com/pNbmkBxeDL

Deeply saddened to hear the tragic news of the passing of former Premier @JimPrentice. A friend, who served the people of Canada and AB well

Devastating news about Jim Prentice. He devoted his life to public service. My thoughts are with his family and colleagues #ableg

Thank you Premier Jim Prentice for your lifelong commitment to public service. My heart goes to Karen, their daughters, friends & family.

Laureen and I were shocked and saddened to learn of the death of our friend and colleague Jim Prentice. pic.twitter.com/rTECHseC9Q

Very sad to hear of the death of Jim Prentice. His devotion to public service was admired by many. Including me. #RIP

Deeply saddened to learn of Jim Prentice’s passing. He was a great public servant. Condolences to his family and friends.

My heart is broken for my friend Karen Prentice. Jim was an incredible person, had encyclopedic knowledge and desire to make things better.