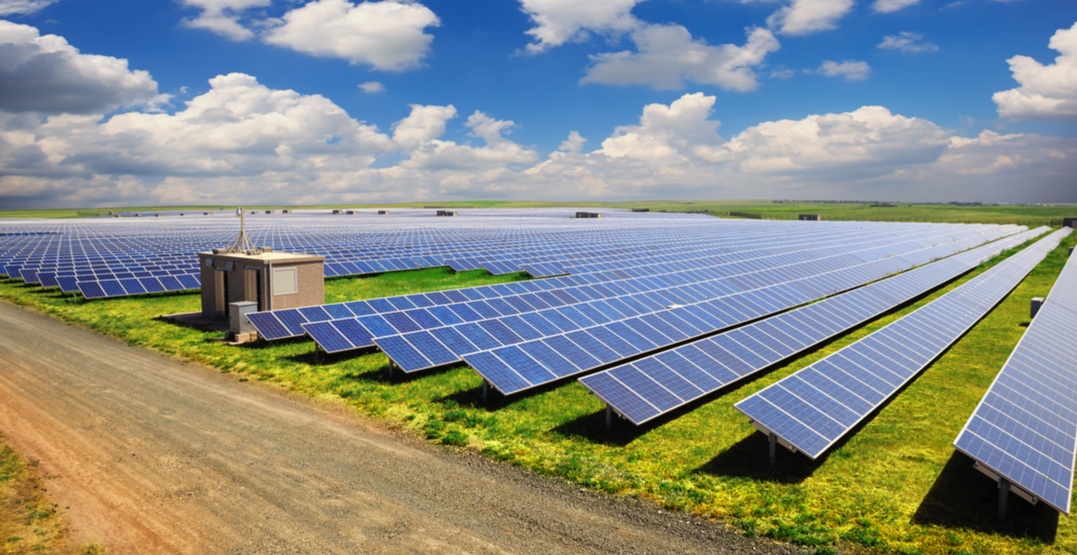 Although Alberta is largely known for its oil and gas industries, renewable energy is becoming a huge component in the region.

Take for instance the 30-hectare solar power farm that officially opened in the province earlier this month. It lies alongside the Trans Canada Highway, just outside the city of Brooks.

Comprised of 50,000 solar panels, it’s estimated that the farm will power around 3,000 homes. And the fact that southern Alberta receives high levels of sunshine makes it the ideal location for such a project.

Debt financing for the project was provided by National Bank of Canada, and Elemental Energy (a developer, investor, and operator of renewable energy projects) invested the equity to construct, own, and operate the project.

“The execution of Brooks Solar adds to our growing portfolio of projects across North America and represents an important renewable energy milestone for Alberta,” Jamie Houssian, principal of Elemental Energy, said in a news release.

“Solar energy will ramp up considerably in Alberta in the coming years and this project will help start that momentum,” Houssian added.

After Elemental acquired the project, it engaged stakeholders to successfully move it forward. This included the completion of land agreements, construction contracts, permits from county and provincial agencies, facilitating the interconnection process with Fortis, AltaLink, and AESO, and the completion of a power purchase agreement with a corporate offtaker, according to a news release.

The Brooks Project is set to be the first of many renewable energy projects in Alberta as the province is spearheading the adoption of clean technology across its industrial sectors, with a number of initiatives in place.

According to Invest Alberta, renewables made up approximately 10% of all electricity generation in the province as of June 2016. And the green building products and technologies market in Alberta is expected to grow to $7.1 billion by 2025.