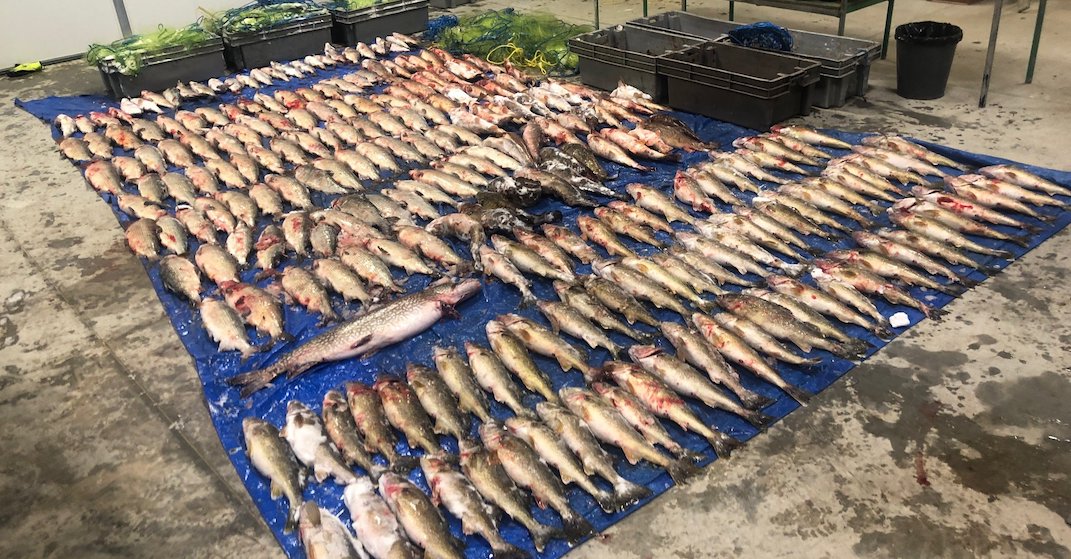 A two-year undercover investigation by Alberta Fish and Wildlife Enforcement has revealed an alleged fish trafficking operation made up of a “network of illegal killers and buyers of fish” across the province.

The investigation, which was related to the trafficking of fish in northern and central Alberta, concluded on January 23, 2020.

“The investigation began when officers received information alleging that unlawful trafficking of fish was occurring in the High Prairie and Faust areas. Officers began an undercover investigation in November 2017,” said a post on the Alberta Fish and Wildlife Enforcement Facebook.

Thirty-three individuals from High Prairie, Faust, Slave Lake, Morinville, Edmonton, Vegreville, Bashaw, Castor and Halkirk were charged with 80 counts under the General Fisheries (Alberta) Regulations, including the “unlawful sale, purchase and possession of fish, including lake whitefish and walleye,” said the post.

“During the course of the investigation it was estimated that approximately 12,000 pounds of fish were allegedly illegally killed and subsequently trafficked from Lesser Slave Lake and Winagami lake” under the guise of Métis and Treaty domestic fishing rights, said the post.

“There is no commercial fishery in Alberta and Métis/Treaty harvesting rights allow for personal subsistence use only,” said the post.

The penalty for trafficking fish is a maximum $100,000 and one-year incarceration per count.

All fish that were seized during the operation will be distributed to people in need across Alberta.