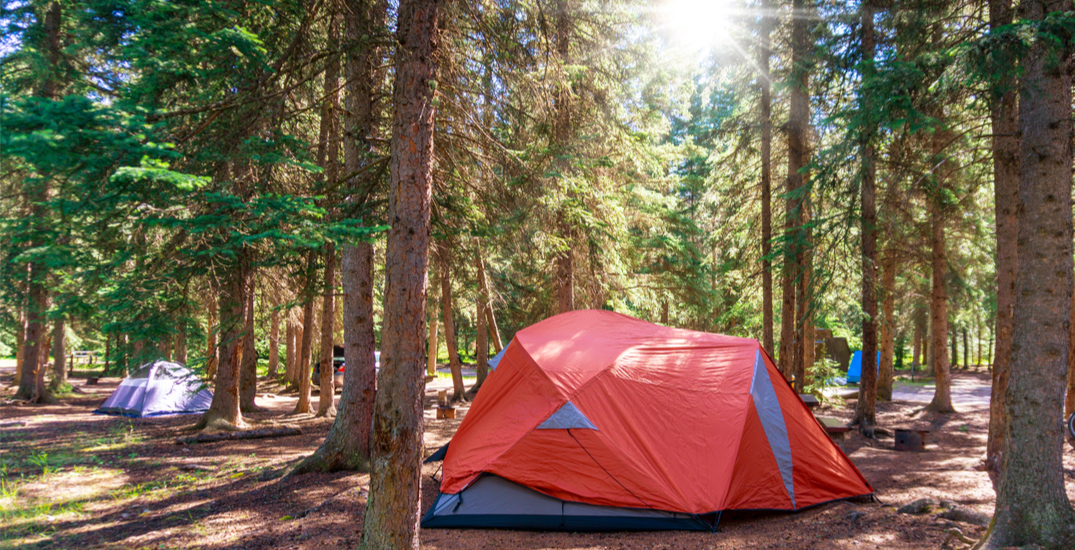 Bill 64, the Public Lands Amendment Act, was introduced to the Alberta government on April 12 and would allow the province to charge fees for recreation activities, including camping, on Crown (public) land.

If the bill is passed, a Public Lands Camping Pass will be required for random camping on Crown land along the eastern slopes of the Rocky Mountains from Grande Prairie to Waterton Lakes National Park, starting June 1. 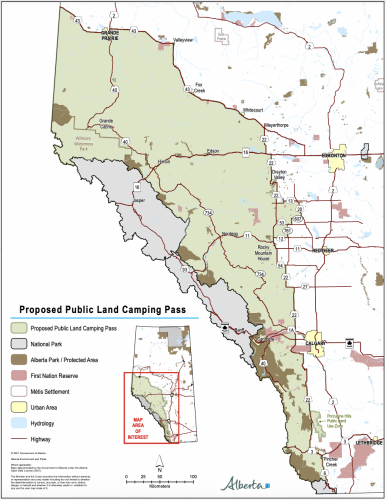 The provincial government says that these fees would be “reinvested directly to improve visitor experiences and help conserve and protect wilderness areas so they can be enjoyed now and into the future.”

The fees collected would be used in the region to upgrade infrastructure, improve education, support conservation, monitor and enforce rules, promote public safety, and improve environmental and waste management.

“Alberta’s Crown lands are the foundation of our province’s rich, natural heritage and are used for recreation, conservation and economic development,” said Jason Nixon, Minister of Environment and Parks, in a news release.

“Bill 64 will ensure that Crown land recreation is sustainably funded and will help conserve our wild and beautiful landscapes for generations to come.”

Campers age 18 and older would be required to purchase a pass for random camping, and may be asked to show proof of payment to enforcement officers.

The proposed cost per person could be $20 for a three-day pass, or $30 for an annual pass. GST and a $3.25 system processing fee would be added on to each transaction.

Passes would be available for purchase online and at the same locations where fishing and hunting licences are sold.

First Nations members and those using the land for authorized work or volunteer tasks would be exempt from the fee.

The provincial government says that it welcomed public engagement on this topic through an online public survey, online ideas board, discussions with key stakeholders, and consultation with Indigenous peoples.

A report with results from these engagement processes showed that two-thirds of Albertans would be supportive or neutral towards user-based fees.

However, NDP leader Rachel Notley said in a Facebook post that now is not the time to introduce new fees for outdoor recreational activities.

“We’re in a pandemic and being told to keep our distance. Alberta families can’t go to restaurants, movie theatres and so on,” reads Notley’s post. “So, naturally they’re turning to our great outdoors in record numbers. Now is not the time to hammer them with new fees.”

Bill 64 passed its first reading on April 12 and could come into effect on June 1.