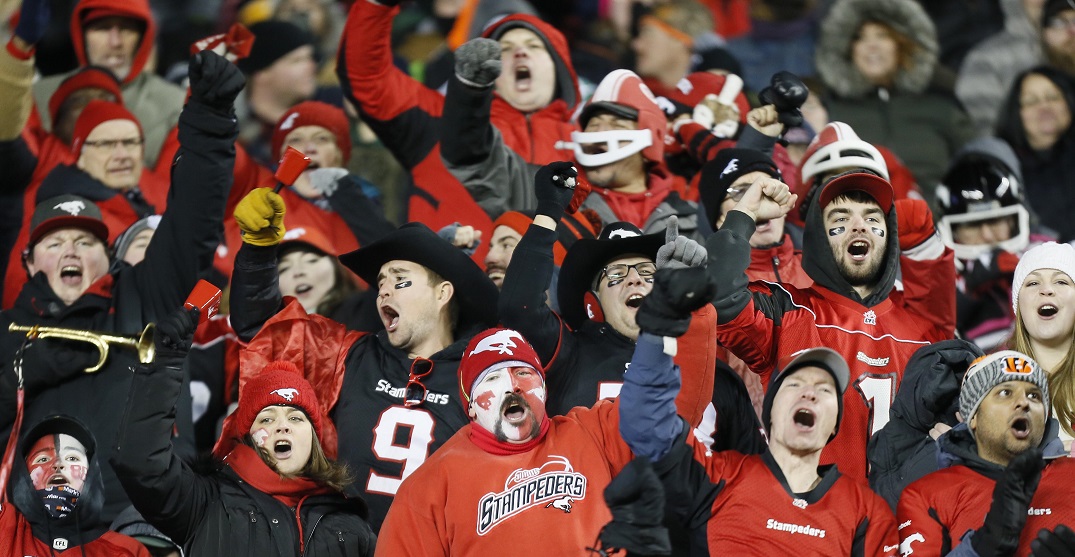 On Wednesday afternoon, Alberta announced their three-stage summer reopening plan, which included a 30% capacity for indoor arenas expected to be open for mid-June as part of stage 2 of that plan.

Stage 3, which is the final stage listed, is planned for late June or early July, which is  “two weeks after 70% of Albertans 12+ (born in 2009 or earlier) have received at least one dose.”

“All restrictions [will be] lifted, including ban on indoor social gatherings,” the Alberta government website reads.

“Isolation requirements for confirmed cases of COVID-19 and some protective measures in continuing care settings remain.”

Fans have been absent at nearly all Canadian venues since March 2020.

The Stage 2 reopening is expected to come into effect “two weeks after 60% of Albertans 12+ (born in 2009 or earlier) have received at least one dose and hospitalizations are below 500 and declining.”

Indoor recreation, entertainment and other settings (rec centres, arenas, cinemas, theatres, museums, galleries, libraries) will be allowed to be open at 30% of fire code occupancy as part of Stage 2.

The CFL is expected to return to play in August, with the Calgary Stampeders and the Edmonton Football Team looking to be likely the first major sports action back with crowds in the province.

Edmonton and Calgary’s NHL teams will have to wait until the fall, however, as the Oilers were swept in the first round by the Winnipeg Jets who finished nine points below them in the standings while the Flames finished four points out of a playoff spot in the North Division in a tumultuous season.

Youth and adult sports can also resume with no restrictions, indoors and outdoors in Stage 2. 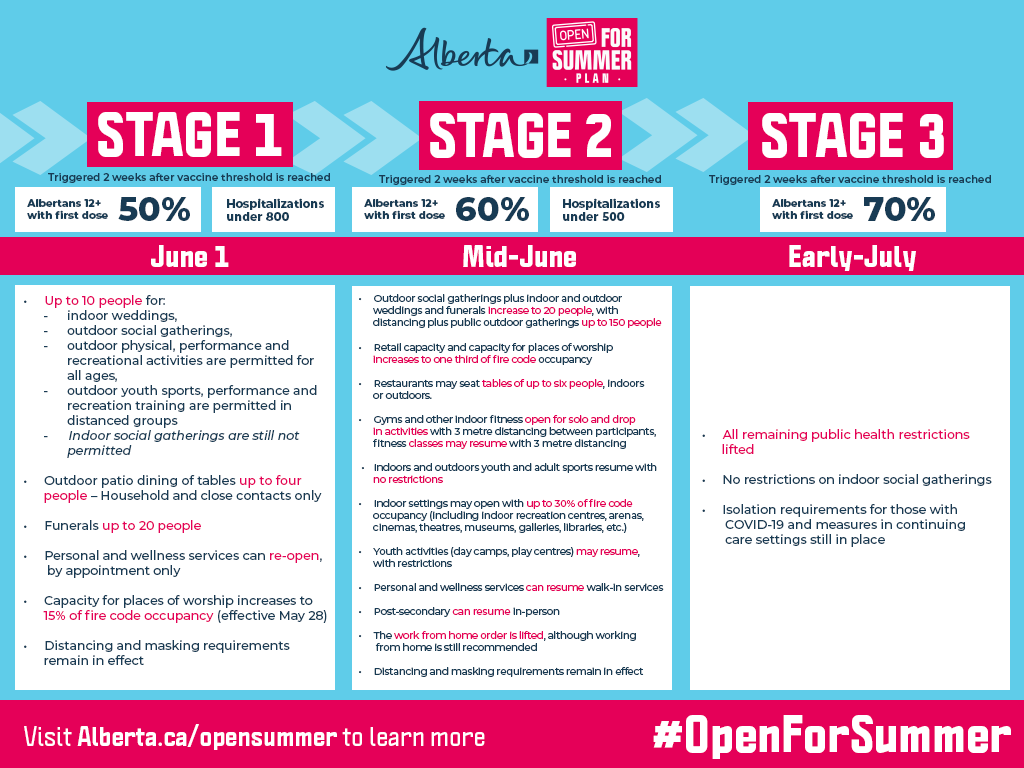